TEHRAN, June 25 -The founder and director of GNOSOS, a UK-based think tank focused on Syria and the Middle East, said Saudi Arabia and the UAE are seeking to achieve a “clean victory” against popular fighters in Yemen’s port city of Hudaydah through a “huge psychological warfare”. 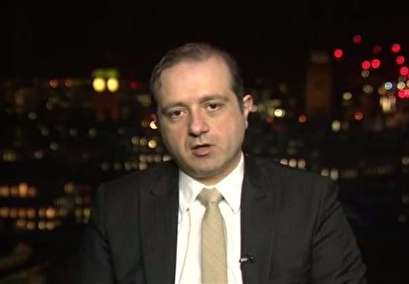 TEHRAN, Young Journalists Club (YJC) -The founder and director of GNOSOS, a UK-based think tank focused on Syria and the Middle East, said Saudi Arabia and the UAE are seeking to achieve a “clean victory” against popular fighters in Yemen’s port city of Hudaydah through a “huge psychological warfare”.

“It is certainly in the interest of the attacking forces to achieve a clean victory and, therefore, a huge psychological warfare and propaganda operation is in place to force Yemeni popular fighters/ Houthis to flee,” Ammar Waqqaf, a London-based Syrian political commentator, told Tasnim in an interview.

Tasnim: The Saudi-led coalition and its mercenaries began a massive operation on June 13 to bring Yemen’s port city of Hudaydah under their control. What’s behind this attack?

Waqqaf: It seems that the Saudi and Emirati leaderships wish to use whatever resources they have in order to push the Yemeni popular fighters / Houthis to the negotiating table on their own terms. The rationale is that a significant victory in Hudaydah would force the Houthis to succumb to the KSA/UAE terms, as they would be deprived from the port facilities in that area, and their strongly held areas to the east and north of Hudaydah would become cut-off from the outside world.

The KSA/UAE hope that bringing the other side to the table on their terms, after victory in Hudaydah, would relieve them from a costly and unguaranteed campaign into the Yemeni hinterland, where terrain would play to the advantage of entrenched popular fighters. They also hope to conclude such a victory in Hudaydah in the fastest and least costly manner. The Houthis, on the other side, are also hoping that the battle of Hudaydah would bring the KSA/UAE to the negotiating table, but on Houthi terms, as a result of strong resistance that would render the current offensive futile and ultra-costly.

Tasnim: Some reports indicate that American, British and French forces are supporting the Saudi and UAE forces in their assault on the port city. What’s your perspective on this?

Waqqaf: The engagement of such forces is not clear, but one can expect a tacit approval from them for the current offensive, at least, if not logistical and intelligence support. At any rate, it is well-documented that KSA and UAE use weaponry and munitions that are manufactured by these countries, and there is nothing to suggest that supply has stopped, either throughout the entire war or during the current operation.

Tasnim: Some experts say Saudi Arabia and the United Arab Emirates are trying to use the battle in Hudaydah as a psychological warfare offensive against Yemeni popular fighters. Do you believe so?

Waqqaf: It is certainly in the interest of the attacking forces to achieve a clean victory and, therefore, a huge psychological warfare and propaganda operation is in place to force Yemeni popular fighters/ Houthis to flee. One could imagine that they have a green light to carry out this operation within a short time-frame. If the operation lasts much longer than planned, and results in huge human loss and a lot of carnage, especially to the Hudaydah port facilities, then the attacking forces would not achieve their objective. Therefore, a fierce media and psychological warfare offensive is taking place.

Tasnim: Do you think that the UN is doing enough to stop the war there?

Waqqaf: Our understanding is that the UN should want to put this tragedy behind their backs as soon as possible. However, they are not in a position to influence events on the ground much, and the best they could achieve is to try and achieve minimum balance through meditation and focus on humanitarian aid. The danger is that the UN is now becoming frequently a tool to exert pressure on certain sides in conflicts, with threats of cutting off their funding and the guise of avoiding the human cost. Nonetheless, should the Hudaydah operation goes ugly, the UN should be able to exert some pressure on the offending nations, or at least become a venue where such pressure can be exerted.