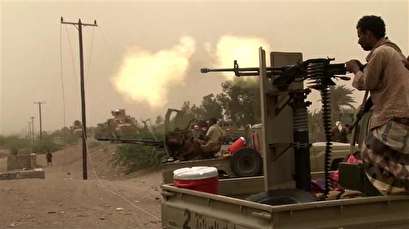 "The increased hike in Saudi Arabia's bombardment of residential areas such as Sa'ada and a refugee bus in Hudaydah shows their frustration in not being able to reach their goals in Yemen," said Iranian Foreign Ministry Spokesman Bahram Qassemi on Tuesday.

While slamming Saudi Arabia and its allies actions, Qassemi further called UN to halt the kingdom's atrocities in Yemen, especially the killing of women and children.

Earlier in the day, at least nine civilians have been killed and nearly a dozen others sustained injuries after warplanes belonging to a Saudi-led military coalition struck a bus carrying internally displaced persons (IDP) in war-battered Yemen’s western province of Hudaydah.

Yemen's Arabic-language al-Masirah satellite television network, citing its correspondent in the area, reported on Tuesday that the deadly airstrike hit the bus on a road linking the two towns of Jarrahi and Zabid earlier in the day, adding that three of the dead had been torn to pieces beyond recognition.

Meanwhile, the UN's annual "Children and Armed Conflict" report has shown that a total 1,316 children killed and maimed in the Yemen in 2017.

It noted that out of the 552 children killed (398 boys, 154 girls), the majority were killed in result of action carried out by the coalition, which was also responsible for 300 child injuries.

Saudi Arabia and its allies launched a brutal war on Yemen in March 2015 to reinstall the Hadi regime and crush the popular Houthi Ansarullah movement.

Several Western countries, the United States and Britain in particular, are accused of being complicit in the aggression as they supply the Riyadh regime with advanced weapons and military equipment as well as logistical and intelligence assistance.