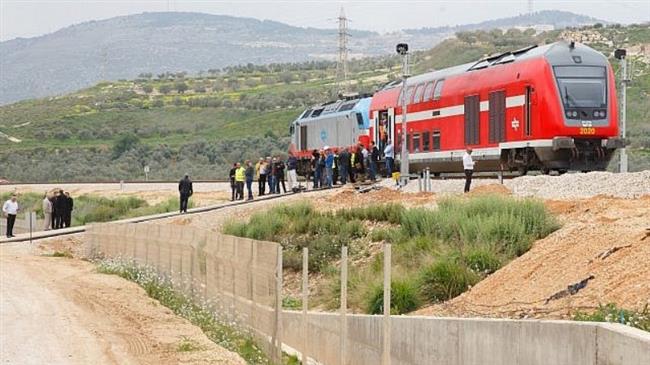 Katz and Netanyahu agreed in a meeting this week on the details of the project which would link Haifa’s seaport to Jordan’s rail network and that of Saudi Arabia and other Arab states, the Times of Israel quoted Hadashot news as saying.

Netanyahu then instructed his office to begin advancing the plan in consultations with the US, European Union, and various countries in the Middle East and Asia, the report said.

The line will also include a stop in the northern West Bank city of Jenin, connecting the Palestinians to the network.

Acording to a new PR video from Netanyahu and Katz’s offices, the project is expected to take a relatively short time due to the existing transportation infrastructure in Israel, Saudi Arabia, and the Persian Gulf Arab states.

“Beyond its contribution to Israel’s economy … the initiative will connect Israel economically and politically to the region and will consolidate the pragmatic camp in the region,” Katz explained when discussing the plan back in April.

Dennis Weiss, a political pundit on Israel's channel 2, said the administration of US President Donald Trump supports the project which comes amid reports of warming ties between Israel and Saudi Arabia.

Katz has said that he has spoken with the leaders of the relevant countries regarding the initiative, but there is no indication that any of them have agreed to its application.

In March, Saudi Arabia opened its airspace to Air India flights to and from the Israeli-occupied territories.

Saudi Arabia and Israel have no official diplomatic relations, but their relations have been rapidly growing over the past months, according to reports.

The regime in Riyadh has even drawn up a roadmap to normalize ties with Israel and go public about their long secret cooperation.

Netanyahu recently described Israel's relations with the Arab world as at their “best ever.”

Jacky Hugi, the political analyst of the newspaper, said, “A close friend told me about the incident, claiming that there were direct contacts between the two parties, both Saudi and Israeli, under the auspices of King Abdullah of Jordan.”