TEHRAN, June 25 - The Central Bank of Iran (CBI) said it plans to create what it has described as a secondary currency market to help ease tensions that plunged the rial against the US dollar to a record low level on Sunday. 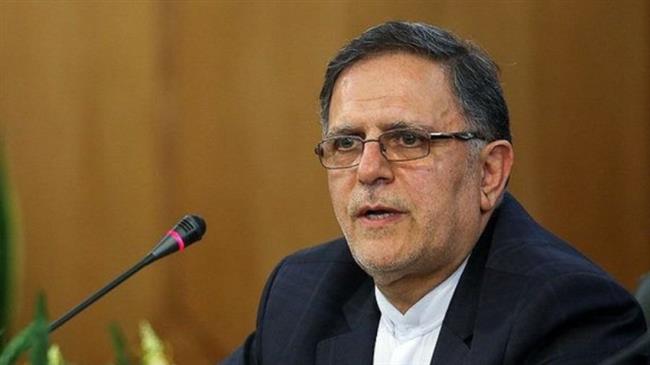 TEHRAN, Young Journalists Club (YJC) - CBI chief Valiollah Seif told reporters on Monday that the secondary currency market would be dedicated to selling US dollars to importers of “essential goods” by exporters of non-oil products such as petrochemicals.

Seif said the rate of the dollars would be the same as officially determined by the CBI, IRNA reported. Other news agencies said the secondary currency market would be formed within the next week.

The Iranian rial plunged to a record low against the US dollar on the unofficial market on Sunday.

The dollar was being offered for as much as 87,000 rials, compared to around 75,500 on Thursday, the last trading day before Iran's weekend, Reuters reported.

In April, the rial also plunged to its lowest level against the dollar in the free market.

This forced Iran’s police to shut down several currency exchange shops and arrest a number of money changers after what was seen as a serious turmoil in exchange rates.
They intervened after the plunge of the rial which has dropped to around 45,000 against the US dollar from 37,700 in mid-2017.

Commercial bankers at the time linked the rial’s slide partly to seasonal demand for US dollars, which rises around the end of the Persian year (March 21) when many Iranians travel abroad.

However, some maintained that US President Donald Trump’s hostile rhetoric, including his threat to scrap a landmark nuclear deal with Iran, had been effective in the deterioration of the rial’s depreciation.

In May, Trump announced that he would pull America out of a 2015 nuclear agreement with Iran and re-impose the sanctions that the deal had envisaged to be lifted.