TEHRAN, June 26 - Iranian Foreign Minister Mohammad Javad Zarif and his Russian counterpart Sergei Lavrov have discussed the latest developments vis-à-vis a landmark nuclear agreement Tehran signed with the P5+1 group of countries after the United States' move to withdraw from it. 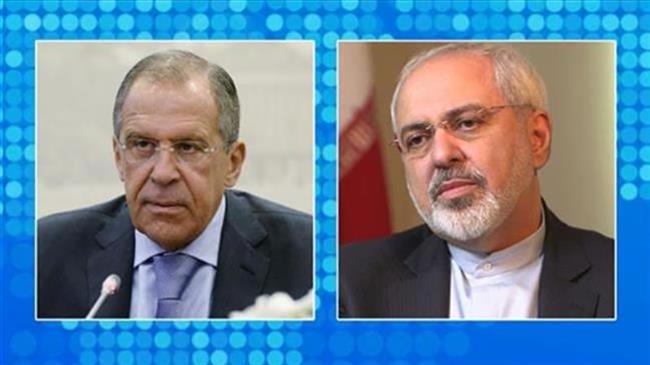 "The foreign ministers…exchanged views on a range of vital issues of the international and regional agenda with the focus on the situation around the Joint Comprehensive Plan of Action (the nuclear agreement, known as the JCPOA) on the Iran nuclear program," it added.

Iranian Foreign Minister Mohammad Javad Zarif said on Sunday the United States is determined to destroy the key 2015 nuclear agreement in a bid to force Iran to walk away from the deal.

He added that the US is the dominant economic power in the world and its strategic objective is to force Iran to exit the JCPOA, saying, "Of course, this does not mean that we will never walk away from the JCPOA under any circumstances, but we know the opposite side's goal."

His remarks came after Head of the Atomic Energy Organization of Iran (AEOI) Ali Akbar Salehi said on Friday that the Middle East and the entire world would face a "dreadful" future if the key nuclear agreement fell apart.

"If the European Union and other countries supporting the JCPOA do not demonstrate their practical opposition to the US policies in due time, they will face a dreadful future and unprecedented insecurity in the region and the world because of the JCPOA's collapse," the AEOI chief said.

According to the Russian Foreign Ministry, Zarif and Lavrov also discussed the issues of bilateral cooperation and the groundwork for the scheduled 5th Caspian Sea summit.

Presidents of the five Caspian Sea littoral states - Azerbaijan, Iran, Kazakhstan, Russia and Turkmenistan - will hold a meeting in Kazakhstan’s Aktau in early August. The foreign ministers from the regional states are expected to hold talks a day before the summit.

The Caspian Sea is the largest enclosed body of water by area and is variously classed as the world's largest lake or a full-fledged sea.

The issue of the Caspian Sea’s legal regime gained importance following the breakup of the Union of Soviet Socialist Republics (USSR) and the emergence of new independent states.