TEHRAN, June 26 - The origin of all tensions and crises in the Middle East region is the Israeli regime's occupation and foreign intervention, Iran's permanent envoy to UN said, describing the critical situation of the region. 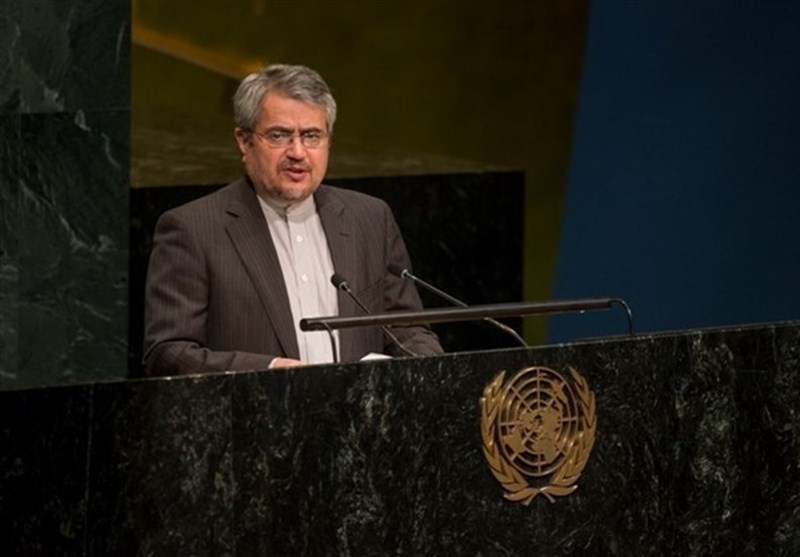 TEHRAN, Young Journalists Club (YJC) - Ghilamali Khoshroo also pointed out to the Yemeni crisis and remarked that the Saudi-led blockade of Yemen and preventing humanitarian aids from reaching to the impoverished country is a sheer war crime threatened the peace and security of the region.

International community and UN Security council must prosecute Saudi regime for its crimes committed in Yemen, he added.

Khoshroo pointed also at the Syrian crisis noting that the these are the Syrian nation who have the right to decide on their future.

He said that in Astana talking Iran, Russia, and Turkey prepared the ground for cooperation in order to create peace and security and de-escalate tensions.

Suggesting an assembly for regional dialog among the Persian Gulf countries to boost peace and stability and gain independence from foreign powers, Khoshroo addressed those countries spreading Iranophobia, noting that they are after selling more arms and destructing the region much more.