TEHRAN, June 29 - A variety of geological patterns on Mars suggests the Red Planet once hosted water. Several of these patterns recall the fluvial steam networks found on Earth. 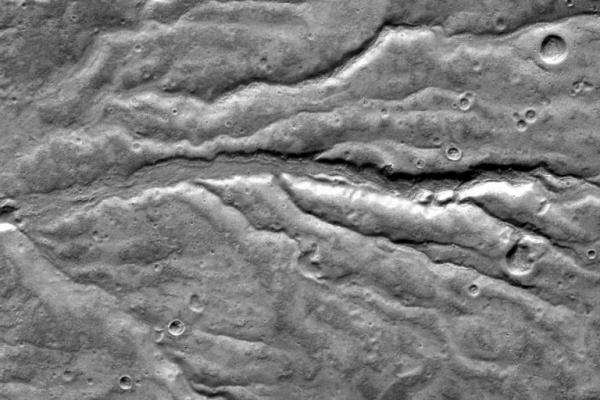 While most scientists agree on Mars' watery past, planetary scientists are less sure about where the water came from.

When research statistically analyzed the shapes, structures and distribution of river and stream valleys on the Martian surface, they found the patterns most resembled those found among arid landscapes on Earth.

"This implies that there must have been a similar hydrological environment with sporadic heavy rainfall events on Mars over a prolonged period of time and that this rainwater may have run off quickly over the surface shaping the valley networks," researchers at ETH Zurich explained in a news release. "This is how river valleys develop in arid regions on Earth."

In Arizona, where astronauts are training for future manned Mars missions, scientists have observed fluvial patterns nearly identical to those found on Mars.

The evidence that water was once abundant on Mars is overwhelming, and now, scientists have a good idea of where it came from. One main question remains, however: Where did it all go?

"It's likely that most of it evaporated into space," said physicist Hansjörg Seybold. "But it could still be found in the vicinity of Mars."