TEHRAN, June 29 -Arizona Cardinals quarterback Mike Glennon is with his third organization in as many years and his role is as muddled as ever. 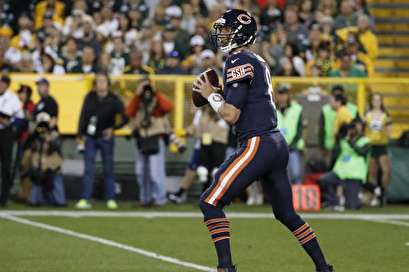 TEHRAN, Young Journalists Club (YJC) -Arizona Cardinals quarterback Mike Glennon is with his third organization in as many years and his role is as muddled as ever.

Still, as Glennon enters his first season with the Cardinals and fifth overall in the NFL, he understands that there are no givens at the most demanding position in the game.

Mark Casse trains the Plate Trial winner, Telekinesis, and Wonder Gadot, who has finished second by narrow margins in the Fantasy at Oaklawn Park, the Kentucky Oaks and Woodbine Oaks in her last three starts. She again squares off against Dixie Moon, who is 3-for-4 over the course for trainer Catherine Day Phillips.

Woodbine oddsmaker Ernie Perri taps Telekinesis as the morning-line favorite. Before his win in the Plate Trial, the Ghostzapper colt was second in the Grade III Lexington at Keeneland by a head to My Boy Jack, who went on to finish fifth in the Kentucky Derby.

Telekinesis drew gate No. 10 for the Plate, just inside Wonder Gadot. "He's going to have speed from out there," Casse said. "He'll be the most forwardly placed of my runners and it looks like the speed is inside us."

Casse also fields Neepwa, a Scat Daddy colt still seeking his second win. A potentially live long shot is Silent Poet, a son of Japanese sire Silent Name out of the Ghostzapper mare Cara Bella, who tries two turns for the first time after a pair of shorter victories over the course.

Sixteen are set for the race, restricted to Canadian-foaled 3-year-olds and run at 1 1/4 miles on the Woodbine all-weather course. If you can't be there in person, check out the action live on Horse Racing Radio Network (www.horseracingradio.net). Expert thoughts on the tilt from HRRN commentator Jude Feld are at www.popejude.com.