TEHRAN, June 30 - Canada has launched a retaliatory trade war against the United States by introducing fresh punitive tariffs on American summertime essentials, vowing to continue with the new tariffs until Washington relents. 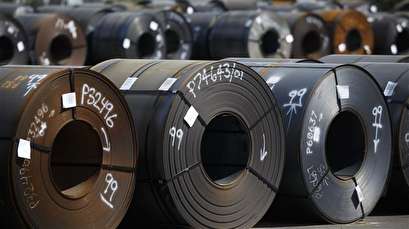 The tit-for-tat tariffs on US products such as Florida orange juice and Ohio ketchup follow punishing US steel and aluminum duties imposed in the beginning of this month.

The tariffs imposed on C$16.6 billion ($12.63 billion) worth of American goods will come into force on Sunday, when Canadians, who are overwhelmingly in favor of the retaliatory move, will be celebrating a national holiday and only a few days before Americans celebrate their independence.

“Canada has no choice but to retaliate with a measured reciprocal dollar-for-dollar response. That is what we are doing,” said Canadian Foreign Minister Chrystia Freeland in Hamilton, Ontario, adding, “We will not escalate and we will not back down.”

Canada’s new tariffs have deliberately targeted more than 250 American products from those US states where President Donald Trump’s Republican Party is fighting hard to hold Congressional seats in the November midterm elections.

According to a list released by Canada’s Finance Department, the country will also add 25 percent to the cost of imported US steel and 10 percent to aluminum imports on Sunday.

Canada and the US are among the world's two largest trade partners with an estimated $673.9 billion worth of goods and services exchanged last year, with the US scoring a small surplus ($8.4 billion), according to the US Trade Representative's office.

But bilateral ties plunged to their lowest in decades and reached new depths at the 44th G7 summit, held in La Malbaie, Quebec, earlier this month, when Trump abruptly rejected the joint statement and insulted his Canadian host, Prime Minister Justin Trudeau.

Elsewhere in her remarks, Freeland lambasted Trump’s protectionist policy, saying that his decision to invoke national security to justify the new tariffs on steel and aluminum imports was “insulting” to Canadian veterans who had stood by their American allies in conflicts dating back to World War I.