TEHRAN, June 30 -A fireball lit up the sky above the city of Lipetsk in western Russia last week. This week, videos of the exploding meteor emerged and small meteorite fragments were found on the ground. 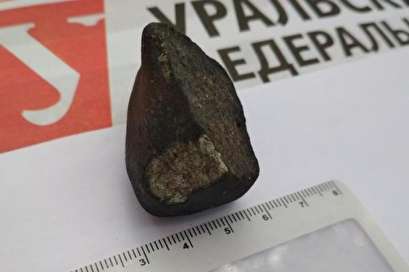 TEHRAN, Young Journalists Club (YJC) -A fireball lit up the sky above the city of Lipetsk in western Russia last week. This week, videos of the exploding meteor emerged and small meteorite fragments were found on the ground.

NASA and its scientists are part of an international effort to identify and track potentially dangerous near Earth objects, including asteroids and comets. The meteor that exploded over Russia last week arrived unexpectedly.

"We didn't see this one coming because it was just too small," Jay Melosh, a professor of earth, atmospheric, and planetary sciences at Purdue University, said in a news release. "The meteoroid that exploded over Chelyabinsk, Russia in 2013 and caused a lot of damage on the ground was around 60 feet wide. The one that exploded last week was only about 15 feet."

Millions of small meteors enter Earth's atmosphere every day. Almost all of them burn up immediately. But every once in a while, a space rock fragment enters at just the right angle, surviving long enough to produce a fireball bright enough to be seen in broad daylight.

Some reports suggest last week's fireball was bright enough to be seen a few hundred miles away in Moscow.

Data collected by NASA and analyzed by the International Meteor Organization revealed an explosive force of 3.2 kilotons of TNT, suggesting the exploding asteroid measured approximately 13 feet across. The meteor that exploded above Chelyabinsk, Russia, in 2013 measured 65 feet across.

NASA data suggests the latest meteor entered Earth's atmosphere at a speed of 8.9 miles per second, or 32,000 miles per hour.

The meteor's entry into Earth's atmosphere was also picked up by the International Monitoring System, a global network of sensors designed to detect nuclear weapons tests.