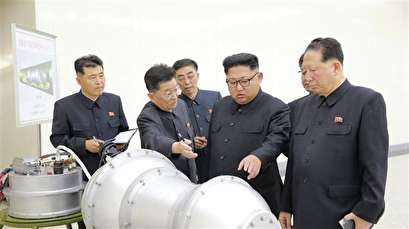 While the North Koreans have stopped missile and nuclear tests, "there's no evidence that they are decreasing stockpiles, or that they have stopped their production," the report underlined, quoting what it described as “one US official briefed on the latest intelligence.”

"There is absolutely unequivocal evidence that they are trying to deceive the US," the official insisted as quoted in the report, which further emphasized that “four other officials familiar with the intelligence assessment also said North Korea intended to deceive the US.”

In recent months, Pyongyang has stepped up its production of enriched uranium for nuclear weapons as it engaged in diplomatic exchanges with Washington, the report added citing “five US officials” pointing to the latest intelligence assessment.

While North Korea and the US agreed at the summit to "work toward" denuclearization, there is no specific deal, NBC underlined, insisting that Trump's order to cancel US war games with South Korea in the region was “a major concession to Kim.”

"There are lots of things that we know that North Korea has tried to hide from us for a long time," said another US intelligence official as quoted in the report.

It further cited a “senior US intelligence official” as offering a different perspective on the situation, noting that the decision by Kim to suspend nuclear and missile tests was unexpected, and the fact that the two sides are talking pointed to a positive step.

The official, however, also acknowledged that “intelligence analysts expect the Kim regime to try to deceive the United States,” added the report.

According to the mainstream US network, “it's long been understood” that North Korea had at least one undeclared facility to enrich nuclear fuel, aside from Yongbyon, its main nuclear site.

It further cited the officials as saying that the latest US intelligence assessment “concludes that there is more than one secret site… The question is whether Kim will be willing to admit it.”

The report came after American forces in South Korea opened the biggest overseas US base only weeks after Trump said he would bring the troops home.

The commander of US Forces Korea, Vincent K. Brooks, said South Korea had shouldered nearly all the cost of building Camp Humphreys military base in Pyeongtaek, straddling an area of over 14.5 million square meters about 70 kilometers south of the capital, Seoul.

“This was a project that cost nearly $10.8 billion to build over 10 years and the Republic of Korea investment was over 90 percent of the cost,” Brooks said in a ceremony at the new base on Friday.

The US has 28,500 troops stationed in the South and the two countries are currently in talks over how to share the costs of keeping the US troops in South Korea starting 2019.