TEHRAN, June 30 -An increasing number of British citizens are obtaining the nationality of other EU member states since the Brexit referendum, with German citizenship seeing the highest requests. 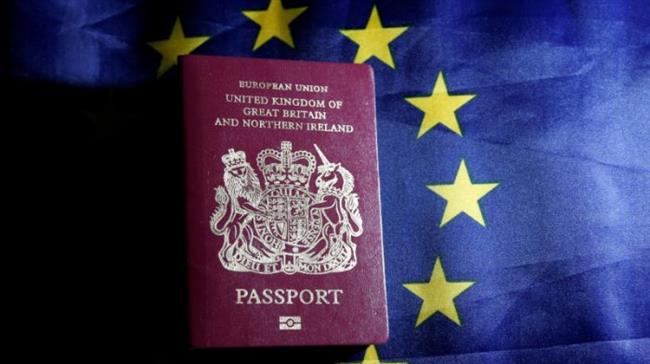 Germany has been the most popular member state for Britons seeking citizenship, with 7,493 people gaining nationality in 2017 compared with 2,702 in the previous year – a 177 per cent increase.

The BBC reports that the rise is presumed to be the result of Britons who can meet the criteria seeking to keep their legal rights attached to European Union membership. The 2017 figure is about seven times the 2015 level.

The dramatic increase is consistent across many countries. France was the second most popular nationality, jumping from 320 instances in 2015 to 1,518 last year, and then Belgium, where the increase was from 127 to 1,381.

The new nationalities will guarantee the recipients the rights to travel, live and work throughout the EU after Britain leaves the bloc in March 2019, and they may also be able to pass their citizenship on to their children.

This also means these individuals will be able to move and reside freely within the European Union and vote in European Parliament elections.

In most cases those involved have also retained their British citizenship and so have become dual nationals.

The rights of EU citizens in Britain to continue living and working here after Brexit was one of the key sticking points of the early stages of the Government's negotiations with Brussels.

In February, the Government announced a major U-turn to give EU nationals who arrive during the Brexit transition period the right to remain indefinitely in the UK.

That marked a climbdown from January, when Theresa May said that those arriving after the end of next March would not have the same rights as people who are already here.