TEHRAN, July 01 - A group of unidentified drones has been shot down by Russia’s Air Defense units near Khmeimim Air Base in Syria, the Russian MoD has announced. No damage to the facility was reported. 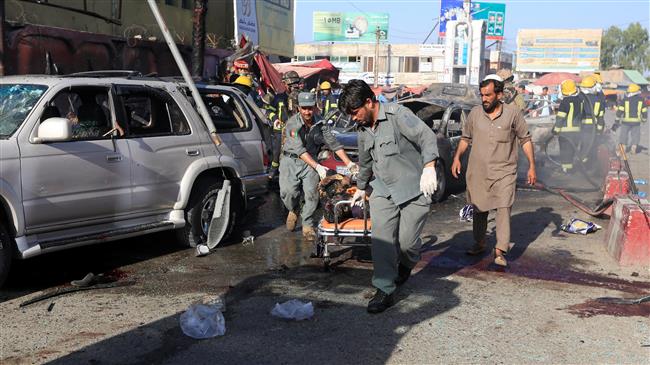 TEHRAN, Young Journalists Club (YJC) - The objects were detected north-east from the military facility on Saturday, the base’s authorities said. “All aerial targets were destroyed,” they confirmed. The military, however, stopped short of naming exact weapon systems which were used to bring down the drones (UAVs).

This is not the first time Khmeimim Air Base, located south-east of the port of Latakia, has been targeted with unmanned aircraft this year. In May, the Russian MoD said its units also downed a drone near the military compound.

But the most large-scale assault on Khmeimim was launched in January with at least 10 drones attacking the site. Three others targeted the Russian maritime logistics point in the city of Tartus. The majority of the intruders were successfully downed by the Russian Pantsir-S1 anti-aircraft weapon system. The radio electronics warfare specialists also managed to override the operating systems of other drones.

After examining the devices and recovering the data, Russian specialists determined that the January attack was launched from an area near Idlib, controlled by various rebel forces.

Back then, the head of the UAV department of the Russian General Staff, Major General Aleksandr Novikov, warned that terrorists acquired advanced drone technology which raised the risks of potential attacks all over the world. “The research showed that the avionics equipment mounted on the drones facilitated their fully automated preprogrammed flight and bombing, ruling out any jamming,” Novikov said at the time.

The Russian military also noted that that detonators used in the militants’ Improvised Explosive Devices (IEDs) carried by the drones were “of foreign manufacture.” It suggested that preparing an attack with such aircraft required special skills, which the perpetrators may have received from a foreign party.