TEHRAN, July 02 - Security forces in Indonesia's easternmost province of Papua have unlawfully killed at least 95 people in the eight years since 2010, with almost no accountability, rights group Amnesty International said in a report on Monday. 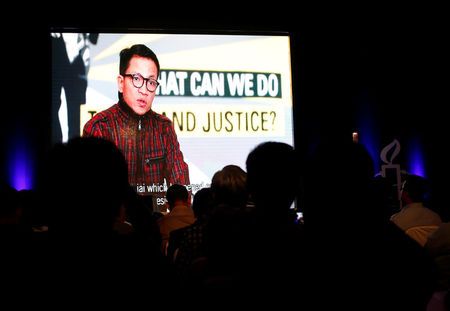 TEHRAN, Young Journalists Club (YJC) - Papua has suffered a simmering separatist conflict since it was incorporated into Indonesia after a widely criticized U.N.-backed referendum in 1969 and remains one of its poorest regions.

Since coming to power in 2014, President Joko Widodo has pledged to hasten development and open up access, but in spite of a rise in investment and efforts to tackle some human rights concerns, activists say abuses by security forces persist.

"This is a region where security forces have, for years, been allowed to kill women, men and children, with no prospects of being held to account," Usman Hamid, Amnesty's executive director in Indonesia, said in a statement.

The report described how police and soldiers had shot dead peaceful independence activists and protesters, as well as other Papuans, including, in one case, a mentally disabled man killed after he hit a police officer with a piece of sugarcane.

It documented at least 95 deaths in 69 incidents between January 2010 and February 2018. Of the deaths, 39 were related to peaceful political activities such as demonstrations or raising the Papuan independence flag, it said.

No security official was tried and convicted in an independent court, with only a handful of cases leading to disciplinary sanctions or military trials, it added.

Indonesian officials at a panel briefing held by Amnesty said Widodo's government had striven to resolve rights issues in Papua, but faced an accumulation of socio-economic and political problems over five decades.

"This complex problem cannot be resolved in such a short time," said Sylvana Apituley, an expert at the presidential office.

Ammirudin Al-Rahab, a member of the National Commission on Human Rights (Komnas HAM), conceded the resolution of human rights cases was inconsistent in Indonesia, but added, "The government and Komnas HAM are committed to resolving this."

National police spokesman Setyo Wasisto declined to comment before seeing the full report, while a military spokesman did not immediately respond to a request for comment.

Amnesty said it visited towns across Papua in its two-year investigation, talking to authorities, victims' families, activists and church-based groups among others.