TEHRAN, July 02 - U.N. Secretary General Antonio Guterres says he's heard "unimaginable accounts of killing and rape" from Rohingya refugees who have fled Myanmar to Bangladesh in the wake of violence since last August. 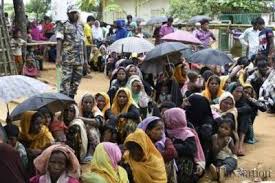 TEHRAN, Young Journalists Club (YJC) - Guterres said in a tweet Monday after visiting sprawling refugee camps in Bangladesh's Cox's Bazar district that the hundreds of thousands of Rohingya Muslims who have taken shelter there want "justice and a safe return home."

Guterres is visiting Bangladesh to meet refugees who have been seeking protection from the United Nations.

Some 700,000 Rohingya have crossed the border to escape violence by Myanmar security forces, who have been accused of rape, killing, torture and the burning of Rohingya homes. Thousands are believed to have been killed in what U.N. and U.S. officials have called "ethnic cleansing.