TEHRAN, July 03 - Iran’s Foreign Ministry Spokesman Bahram Qassemi said the country’s people will never forget the downing of an Iranian passenger plane by a US Navy guided-missile cruiser in the Persian Gulf waters in a “barbaric operation” in 1988. 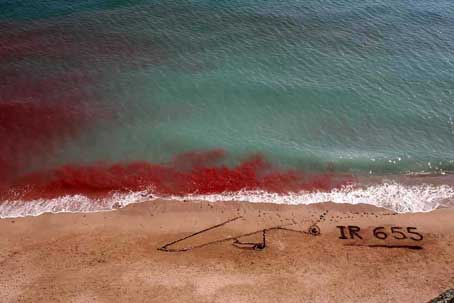 TEHRAN, Young Journalists Club (YJC) - “Years after this horrific tragedy and barbaric operation, the pain and suffering caused by the crime have not been relieved yet,” Qassemi said in a statement on Tuesday, marking the 30thanniversary of a US missile attack on an Iranian passenger plane in southern Iran, which led to the killing of all 290 passengers, including 66 children, and crewmembers.

The “disgraceful smear” is still on the face of the US government, which does not feel ashamed for blatant violations of international rules and conventions, he added.

“To prove this, suffice it to say that this (US) government, that violates international regulations, not only did not express the slightest regret over this criminal act but also honored the commander of the warship (which fired the missile) for the murder of tens of innocent civilians,” the spokesman added.

“Undoubtedly, the US’s barbaric crime has been recorded in the historical memory of the great and brave people of this land and will never fade into oblivion,” he went on to say.

On July 3, 1988, Iran Air Flight 655 was on a routine flight from Iran's southern city of Bandar Abbas to Dubai when the US Navy's missile cruiser USS Vincennes shot it down, killing all 290 passengers onboard, including 66 children and crewmembers.