TEHRAN, July 07 -Iranian Foreign Ministry Spokesman Bahram Qassemi has stressed that the country's missile program is solely for defensive purposes and it does not pose any threat to other nations. 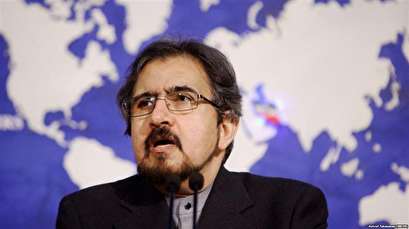 TEHRAN, Young Journalists Club (YJC) -Iranian Foreign Ministry Spokesman Bahram Qassemi has stressed that the country's missile program is solely for defensive purposes and it does not pose any threat to other nations.

"Iran's missile activities are not against any country and they only have defensive aspect," Qassemi said in response to the latest anti-Iran  accusations by French Foreign Minister Jean-Yves Le Drian who said the Islamic Republic's missile program is not aimed at defending the country.

Le Drian made the remarks in an interview with Radio RTL before arriving in Vienna on Friday to attend a meeting with his counterparts from Iran, Britain, Germany, China and Russia on the future of Tehran's nuclear deal after US President Donald Trump pulled Washington out from the landmark accord.

"Iran has repeatedly announced that its missile activities are part of the Islamic Republic's deterrent policy and they have been pursued in line with the country's national interests and for the protection of its dignity and territory, as it is the case for any other independent country," he added.

The French foreign minister also accused Tehran of destabilizing the region and meddling in the affairs of other regional nations, including in Yemen and Syria.

Qassemi argued that the Islamic Republic has spared no efforts to promote peace and stability in the Middle East, adding that Tehran has always sought to cooperate with the regional countries based on this viewpoint.

"Such accusations against the Islamic Republic of Iran are baseless and resulted from lack of information about the situation in the region, and they are absolutely unfair," he added.

The Iranian diplomat pointed to the Saudi-led war against Yemen which has claimed the lives of a large number of people, noting, "Some Western countries have provided destructive weapons to these aggressors in an attempt to gain more revenues, further exacerbating the humanitarian catastrophe in Yemen."

Qassemi also said that Iran's presence in Syria is for "advisory" purposes and upon the request of the Syrian government.

The Iranian diplomat noted that based on Tehran's policy to counter terrorism and promote regional stability and security, the Islamic Republic will continue its assistance to Damascus as long as the Syrian government needs it.