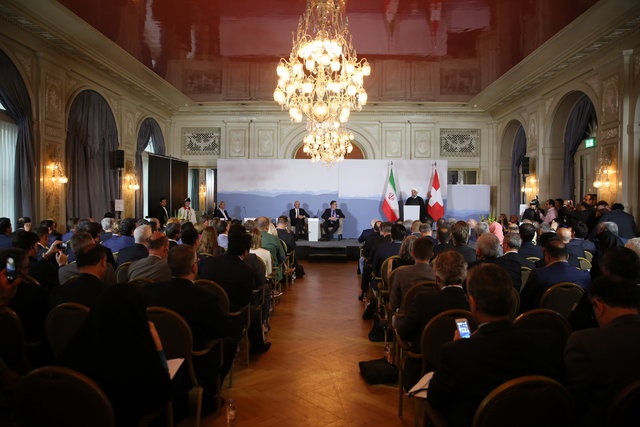 TEHRAN, Young Journalists Club (YJC) - Rouhani in Iran-Switzerland traders and economic activists’ session, said Tehran has nit and will not take any step which could harm countries.

He said the session sends the message that Iran and Switzerland are resolute to keep trade and economic ties under international rules and their national interests.

Rouhani noted the session means that in the world today unilateralism is not paving the way in either economic, political, security, scientific and environmental fields.

He said given global problems including lack of raw material, climate changes and unrest, closer ties among nations and governments is the best way to secure interests of nations.

Rouhani continued that Iran would continue its commitment to international rules and NPT and would keep cooperation with the IAEA.