Flea fighters may stem spread of diseases like Zika

TEHRAN, July 04 -Medicines that protect pets from fleas and ticks may help lower people's risk of mosquito-borne diseases such as Zika, researchers report. 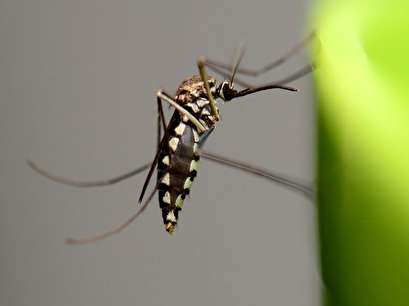 Through experiments with mosquitoes and computer modeling, the investigators found that drugs called isoxazolines -- used in veterinary products to defend pets from fleas and ticks -- also kill species of disease-carrying mosquitoes that feed on human blood.

Examples of isoxazolines include fluralaner (Bravecto) and afoxolaner (NexGard), which are marketed for dogs and cats.

The researchers concluded that giving isoxazoline drugs to less than a third of people in regions where there are seasonal outbreaks of insect-borne diseases could prevent up to 97 percent of all infections.

The researchers explained that this is not a vaccine. A person taking the drug could still get infected by a bite. But the insect would die before transmitting the disease to others, thus limiting spread of the infection.

"Our findings suggest that isoxazolines might be effective at controlling outbreaks of diseases carried by mosquitoes and other insects in regions with limited medical infrastructure," Schultz said in a Scripps news release.

The study, published July 2 in the Proceedings of the National Academy of Sciences, was led by scientists at Calibr, a nonprofit drug discovery institute associated with Scripps Research Institute and TropIQ Health Sciences, a Dutch social enterprise.

"Research on insect-borne diseases has predominantly focused on control of insect populations through use of insecticides and prevention of bites through distribution of bed nets, but these approaches have not been fully effective in controlling outbreaks," said Koen Dechering, CEO of TropIQ Health Sciences.

Also, "vaccines are largely lacking for most diseases and drugs to treat people who have contracted the disease are losing efficacy because of emerging resistance," Dechering said.

Schultz and his team added that more research is needed to test the safety and the effectiveness of isoxazolines in humans.