Iran exports to Qatar surge most since Saudi siege

TEHRAN, July 04 - Iran’s exports to Qatar grew at the fastest pace since Doha cut diplomatic and economic ties with a Saudi-led quartet last June, suggesting that the tiny Persian Gulf state remains resilient to pressures to change its policies. 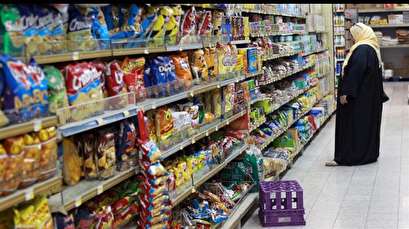 TEHRAN, Young Journalists Club (YJC) - More than $74 million worth of goods were shipped from Iran to Qatar in the first quarter of the Persian year, up 214% from the same period last year, Iran’s customs figures showed.

Qatar accounted for 1.38% of Iran’s exports in terms of weight and 0.64% in terms of value, making it the 19th biggest importer of Iranian goods, the data showed, cited by students news agency ISNA.

Iran’s exports to the Arab nation of 2.4 million people totaled $23.5 million in the first quarter of the last Persian year which ended March 21.

Qatar had many of its imports trans-shipped from the UAE and received the bulk of its fresh food across the Saudi border before the two countries as well as Bahrain and Egypt cut ties with Doha last June.

Since then, Qatar has found new sources of products in countries such as Turkey and Iran, and developed new shipping routes through Oman and Iran.

In May, Doha said it was banning products originating from the United Arab Emirates, Saudi Arabia, Egypt and Bahrain, which continued to find their way into Qatar through third countries.

The Saudi-led bloc has presented Qatar with a list of steep demands, including the requirement that it downgrade ties with Iran, but Doha has refused to submit to them.

Iran, Turkey and Qatar have signed a trilateral agreement aimed at boosting trade amid the Saudi-led blockade.

Last September, a land route from Turkey to Qatar via Iran became operational, with officials saying it had significantly cut transport costs.

Turkey and Iran were quick to ease the economic stranglehold on Qatar when the embargo began, flying food and other commodities and then agreeing on a land route to export goods to Qatar.

Trucks carrying milk, fruits, vegetables, grains and other food products from Turkey and Iran make the journey to Bushehr on the Persian Gulf from where they are carried by Ro-Ro ships to the Qatari port of Ruwais.