TEHRAN, July 05 - Djibouti on Thursday launched the first phase of Africa's biggest free trade zone, seeking to capitalize on its strategic position on one of the world's busiest trade routes. 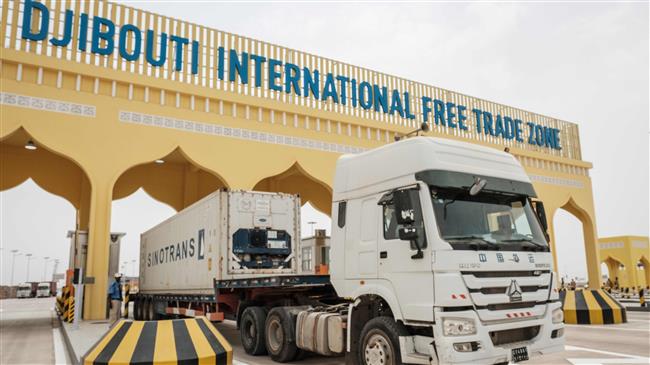 The Horn of Africa nation, located at the mouth of the Red Sea and Suez Canal, unveiled three new ports and a railway linking it to landlocked Ethiopia in 2017, as part of its bid to become a global trade and logistics hub.

Somalia's president, Mohamed Abdullahi Mohamed, hailed the free trade zone as a "victory for East Africa", in comments echoed at the ceremony by Ethiopian Prime Minister Abiy Ahmed and presidents Paul Kagame of Rwanda and Omar al-Bashir of Sudan.

The zone, which is connected to Djibouti's main ports, aims at diversifying the economy, creating new jobs and luring foreign investment through tax-free incentives and full logistical support.

On its scheduled completion 10 years from now, the $3.5-billion (three-billion-euro) initiative will span 4,800 hectares -- the largest free-trade zone on the continent.

The project hopes to see foreign companies setting up manufacturing plants within the zone, adding value to products instead of merely importing and exporting raw materials.

"The volume of goods traveling to East Africa keeps increasing. Every time a product arrives in the continent without being transformed it is a missed opportunity for Africa," said Aboubaker Omar Hadi, chairman of the Ports and Free Zones Authority.

A row of Djiboutian and Chinese flags fluttered side by side above the freshly painted bright yellow walls surrounding the expansive project -- a symbol of the tiny country's close ties to the Asian giant whose loans have funded its lightning-fast infrastructure growth.

Djibouti -- which is also the site of China's only overseas military base -- is a critical part of China's "Belt and Road" global infrastructure initiative and in a prime position along what has been dubbed the "Maritime Silk Road".

The free trade zone is being run by Djibouti, the majority shareholder, along with three Chinese companies: the China Merchants Group, Dalian Port Authority and Chinese big data company IZP.