TEHRAN, July 06 -The United States hiked tariffs on Chinese imports Friday and Beijing announced it was retaliating against American goods in a technology dispute between the world's two biggest economies that President Donald Trump says he is prepared to escalate. 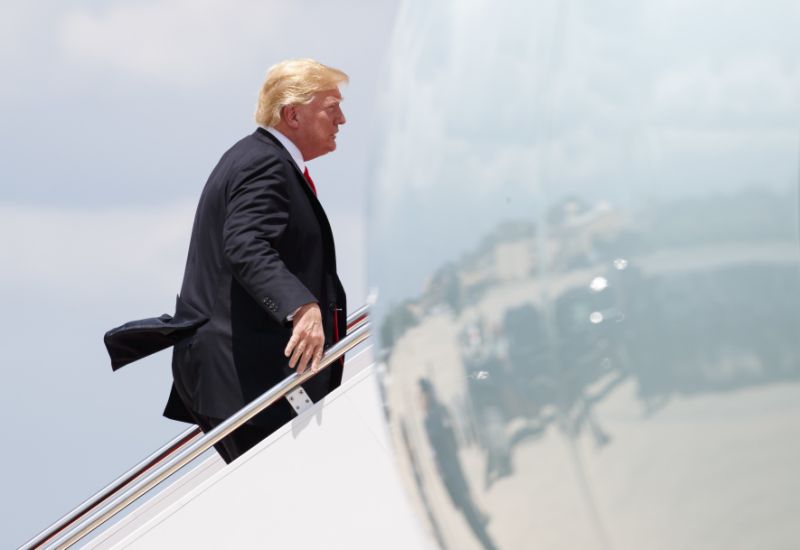 TEHRAN, Young Journalists Club (YJC) - Washington imposed 25 percent tariffs on $34 billion worth of Chinese imports, a first step in what could become an accelerating series of tariffs.

On Thursday, Trump said higher tariffs on an additional $16 billion in Chinese goods were set to take effect in two weeks. He spoke to reporters who flew with him to Montana for a campaign rally.

After that, the hostilities could intensify: Trump said the U.S. is ready to target an additional $200 billion in Chinese imports — and then $300 billion more — if Beijing does not yield to U.S. demands and continues to retaliate.

That would bring the total of targeted Chinese goods to potentially $550 billion — more than the $506 billion in goods that China shipped to the United States last year.

The Trump administration contends China has deployed predatory tactics in a push to overtake U.S. technological dominance. These tactics include cyber-theft and requiring American companies to hand over technology in exchange for access to China's market.

Chinese officials reject accusations of theft and say no foreign company is obligated to share technology. But rules on auto manufacturing and other industries require companies to work through state-owned partners, which forces them to share know-how with potential competitors.

"The United States has blatantly violated WTO rules," said Hu, the foreign ministry spokesman. "Any unilateral pressure will be futile."

Washington has strained relations with potential allies in its dispute with Beijing by raising import duties on steel, aluminum and autos from Europe, Canada, Mexico and Japan.

"This is a potential concern for the outlook of corporate investment and consumption around world," said Hui.

The official China Daily newspaper accused the Trump administration of "behaving like a gang of hoodlums." It said they would damage the global economy unless other countries stop them.

"There should be no doubting Beijing's resolve," the newspaper said.

The American Chamber of Commerce in China appealed to both sides to negotiate a settlement.

"There are no winners in a trade war," said the chamber's chairman, William Zarit, in a statement. It said American companies want fairer treatment but will be hurt by U.S.-Chinese tensions.

"We urge the two governments to come back to the negotiation table," said Zarit.