TEHRAN, July 06 - South Korea is reported to have stopped importing Iran’s oil and condensate in what appears to be a temporary halt until the country obtains an exemption from US curbs on buying Iranian oil. 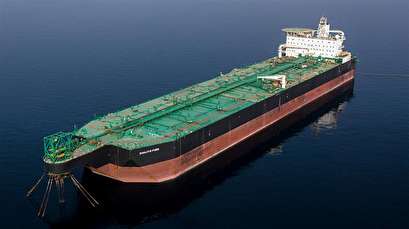 TEHRAN, Young Journalists Club (YJC) -Reuters in a report quoted familiar sources as saying that South Korea would not lift any Iranian crude and condensate in July for the first time over the past six years.

The move came as Seoul started negotiations with Washington to seek authorizations over buying Iranian oil, in line with a waiver it received during previous sanctions, the report added. “There was pressure from the South Korean government to halt purchases,” Reuters quoted an unnamed source familiar with Iranian shipping arrangements as saying. “South Korea overall is lifting zero oil (from Iran) for July loading.”

Two other sources said South Korea cancelled July loadings of crude and condensate cargoes from Iran as it was uncertain whether the country would receive an exemption from US sanctions on Iran trade.

The cancellations mean South Korea will import no Iranian oil in August, the first month of zero imports since August 2012 when South Korean buyers put Iranian oil purchases on hold before getting a waiver to import limited amounts of Iran crude, Reuters added.

Japan, which reduced Iranian oil imports significantly during the previous Western sanctions on Tehran that were lifted in 2016, is also seeking an exemption from the latest US sanctions on Iran. “Japanese buyers also nominated cargoes for August, though they were not allowed to buy additional crude on top of term contractual volumes,” Reuters quoted a source with knowledge about Iran’s oil trade as saying.

Japanese oil refiners may have to stop loading Iranian crude oil from October 1, 2018 if the government does not secure another exemption, the president of the Petroleum Association of Japan (PAJ) was quoted in the report to have said last month.