US to become isolated over trade tariffs: Expert

TEHRAN, July 07 -An expert believes the US will become isolated over trade tariffs, adding that President Donald Trump’s administration seems to pay no regard to the economic consequences his decisions for the US. 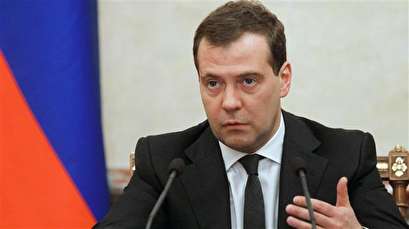 TEHRAN, Young Journalists Club (YJC) - “The US seems to treat with indignation the idea that other countries can put tariffs on American goods. They really are so wrapped up in their own universe that they think that they have impunity to put up tariffs on other people and they are not going to retaliate and it’s quite clear that other countries will do it just on principle because politically they can’t not do it,” Ian Williams told Press TV in an interview on Saturday.

“This is exasperating all of the US’s allies, many of its partners and a lot of people like China and Russia, they weren’t very fond of the US to begin with. And what will happen in the end is the rest of the world will come to an accommodation between themselves which will exclude the US. The US has very little credibility now in international negotiations about almost anything,” he added.

Share to
Related News
Two Filipino women kidnapped on road to Iraq’s Kurdistan
Italy will not buy F-35s anymore, mulls walking out of existing contracts – Defense Minister
Weapons of trade war: What might China have up its sleeve?
Russia hits back at US, raises import duties
Tags
us ، tariff ، economic
Your Comment