TEHRAN, July 09 - Egypt is denying a report by French aviation investigators saying that a cockpit fire likely caused the crash of an EgyptAir flight from Paris to Cairo in 2016. 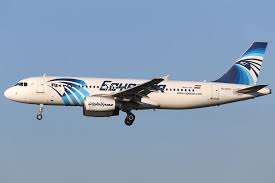 TEHRAN, Young Journalists Club (YJC) - Egypt's top prosecutor said in a statement Monday that the Egyptian investigation into the crash of EgyptAir Flight 804 is still underway. It says the French report is "baseless," adding that "traces of explosives were found on the remains of passengers and parts of the plane."

The French investigation agency BEA said Friday that the "most likely hypothesis" is that a fire broke out in the cockpit and "spread rapidly, resulting in loss of control."

All 66 people aboard were killed when the plane crashed into the Mediterranean in May 2016.