TEHRAN, July 10 - Germany and China have reiterated that they are committed to the 2015 nuclear deal between Iran and the P5+1 group of countries following the United States' withdrawal. 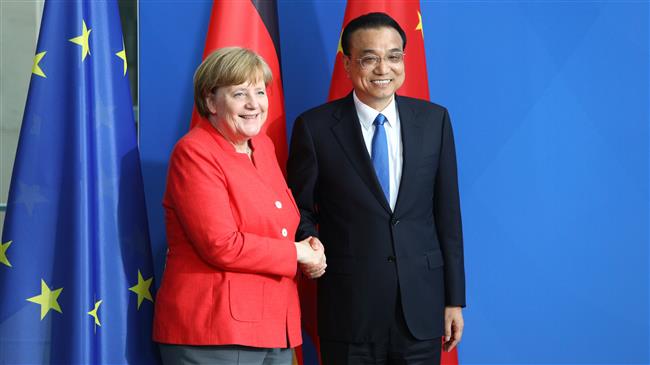 "We remain committed to the nuclear agreement. We think it was well negotiated," Merkel said. "There is more that needs to be negotiated with Iran, but we think it is better to stay in the agreement."

However, Merkel implied that Berlin could do little to protect international companies against punitive US measures, adding that it is up to individual firms to decide if they want to invest in Iran.

Earlier in the day, a spokeswoman for the Chinese Ministry of Foreign Affairs, Hua Chunying, expressed Beijing's resolve to continue efforts to safeguard the achievements of a 2015 nuclear agreement, putting forward a five-point proposal.

US President Donald Trump announced on May 8 that Washington was walking away from the nuclear agreement and that he plans to reinstate US nuclear sanctions on Iran and impose "the highest level" of economic bans on the Islamic Republic, jeopardizing the survival of the landmark accord.

Zarif, one of the architect's of the nuclear pact, further said Iran received an economic package from the European countries two days ago but Iranian "President [Hassan] Rouhani said it is not enough." He added that Europe must translate its commitment and measures into action before the re-imposition of the US sanctions on Tehran.