TEHRAN, July 10 -At least 232 civilians were killed and 120 women and girls raped in attacks by South Sudan government troops and aligned forces in opposition-held villages, the U.N. human rights office said on Tuesday. 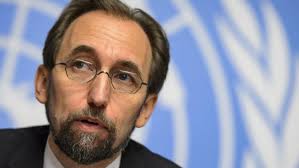 TEHRAN, Young Journalists Club (YJC) - A United Nations investigation identified three commanders suspected of bearing the "greatest responsibility" in the violence in Unity State between April 16 and May 24 that may amount to war crimes, it said in a statement.

"The perpetrators ...must not be allowed to get away with it," said U.N. High Commissioner for Human Rights Zeid Ra'ad al-Hussein.