TEHRAN, July 11 - Fentanyl is so effective at killing opioid users that one American state is planning to use the drug to carry out a death sentence. 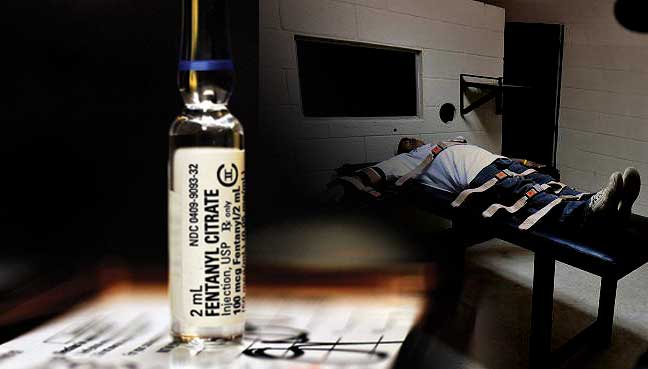 TEHRAN, Young Journalists Club (YJC) - The US state of Nevada is slated to execute a man Wednesday with the synthetic opioid fentanyl, a drug at the center of the nationwide opioid epidemic. Nevada will be the first to execute a person with fentanyl as states scramble to find alternative lethal cocktails amid pushback from pharmaceutical companies reluctant to be linked to capital punishment.

Fentanyl has never been used to carry out a death penalty sentence before.
Scott Dozier, 47, received a death sentence over the killings of two people in 2001 and 2002. One of Dozier's victims was a drug partner and the other had threatened to expose his meth business.

"I'm certainly into drug use and being under the influence didn't, like, make me make way better decisions by any stretch. Because it's an illegal thing, you get into these situations where you just don't have — when you're living, you don't have any of the normal legal resources," Dozier told nonprofit criminal justice outlet The Marshall Project in a video published in early 2018. "So you have to respond disproportionately sometimes so that people don't think they can take advantage of you the next time."

Dozier was convicted of killing two people whose bodies he dismembered afterwards in an effort to dispose of them while avoiding law enforcement detection. He stressed that he never harmed any women, children or law-abiding citizens.

On Wednesday, Dozier will be executed by lethal injection, the first person to face capital punishment by the state of Nevada in more than a decade, with a cocktail that has never been used before for this purpose: a mix of the synthetic opioid fentanyl with anesthesia. Fentanyl was implicated in the overdose deaths of nearly 20,000 in 2016, according to research published by the Journal of the American Medical Association.

Heroin dealers mix it in with the real opioid in an effort to cut costs, and heroin users seek it out because it gives them a stronger high. It's 50 to 100 times more potent than morphine, according to the US Drug Enforcement Administration (DEA). The New

Hampshire State Police Forensic Laboratory discerned in 2016 that while 30 milligrams of heroin could comprise a lethal dose, a 3-milligram dose of fentanyl could end the life of an average-sized adult male.

In the past decade, at least 50 pharmaceutical companies have boycotted the practice of lethal injection in the US, to the point that obtaining the staples of the mixtures that were formerly used to kill inmates, like sodium thiopental, is impossible for US prisons.

That has reduced the number of executions states have been able to conduct, but it has also lead to an increasing number of botched executions, with frequent reports of the condemned writhing in their chairs, convulsing and living for far longer than before in total agony as they await their fate after having been injected with drugs obtained in secret that lack proven track records of peacefully killing a person.

Dozier will be injected with a mixture of fentanyl and the sedative midazolam, which "has been at the center of executions that have gone visibly wrong in every single state in which it has been used," Maya Foa, director of the anti-death penalty group Reprieve, told the Guardian on Tuesday.

Drug manufacturer Alvogen filed court papers Tuesday seeking to halt Dozier's execution, claiming that Nevada engaged in "subterfuge" in obtaining midazolam from them, and noting that it's previously caused executions to go awry.

Share to
Related News
Opioid Rx for minor injuries more likely in some states than others
Britain would not block death penalty for IS suspects: Daily Telegraph
Tags
US ، executiopn ، Fentanyl
Your Comment