TEHRAN, July 11 - A Pakistani police officer accused of scores of extrajudicial killings has been released on bail. 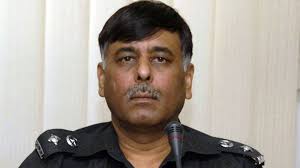 TEHRAN, Young Journalists Club (YJC) - Rao Anwar, a former Karachi police chief whose forces have been accused of killing of more than 400 people in police raids, was released on Wednesday.

Authorities say he was behind a "stage-managed" shootout on Jan. 13 in which police killed a 27-year-old aspiring fashion model from a prominent Pashtun tribe. The killing was widely condemned by rights groups and sparked nationwide protests by Pashtuns, who have long complained of harsh treatment by security forces.

The Pashtun tribes are concentrated along the restive Afghan-Pakistani border, where security forces have been waging a yearslong campaign against al-Qaida and other militant groups.