TEHRAN, July 12 - Pakistani police were detaining scores of supporters of former Prime Minister Nawaz Sharif, his party said Thursday, claiming it was an attempt to prevent them from staging a welcome-home rally upon the ousted leader's return from London. 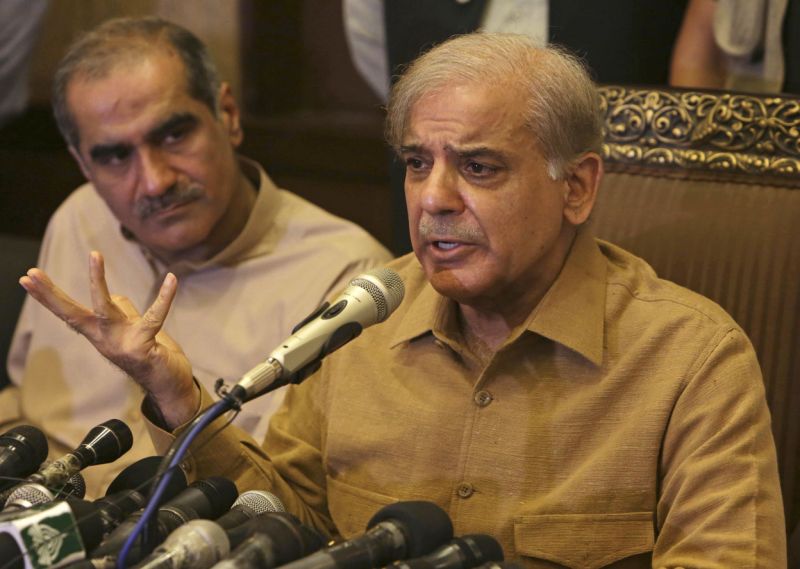 TEHRAN, Young Journalists Club (YJC) - The Pakistan Muslim League said scores of its members were nabbed in the sweep in eastern Punjab province. The police meanwhile said about 100 were detained "to avoid violence."

Sharif, ousted by the Supreme Court for corruption last July, was convicted last week and sentenced to 10 years over purchases of luxury apartments in London. His daughter, Mariam Nawaz, was sentenced to seven years in a case stemming from documents leaked from a Panama law firm.

Both were sentenced in absentia while in Britain, where Sharif's critically ill wife is in hospital.

Sharif has not yet appealed his conviction and is likely to be taken into custody as soon as he lands in Lahore, the provincial capital of Punjab where most of the arrests took place Thursday. His brother, Shahbaz Sharif, who now heads the Pakistan Muslim League, said the former premier is due back on Friday.

Shahbaz Sharif condemned the arrests, demanded they stop and that everyone detained be immediately released. He told reporters in Lahore that he plans to be at "the rally tomorrow to welcome Nawaz Sharif who is returning home with his daughter."

Meanwhile, authorities in Lahore set up shipping containers and other barricades to block key roads leading to the airport to prevent Nawaz Sharif's supporters from rallying there.

In a televised appeal to supporters from London on Wednesday, Sharif said he was not afraid of prison and asked people to vote for his party in the July 25 vote. The Pakistan Muslim League, which has since Sharif's ouster elected a new leadership, still hopes to win the vote and form the next government.

Sharif also used the opportunity to again criticize Pakistan's powerful military, which has ruled the country directly or indirectly for most of its 71-year history, saying Pakistan now has a "state above state".

During his term in office, Sharif had criticized the military's involvement in civilian affairs and its efforts in fighting extremists.

Sharif offered condolences for the suicide bombing this week that killed secular politician Haroon Ahmed Bilour and 20 others during a political rally. The Pakistani Taliban had claimed that attack, which took place in the city of Peshawar.

The bombing Tuesday was the first election-related violence. It came just hours after the army said it would deploy more than 370,000 security forces to polling stations to ensure free, fair and transparent national elections.