TEHRAN, July 14 -There's good news and bad news from a new report when it comes to high blood pressure among America's children. 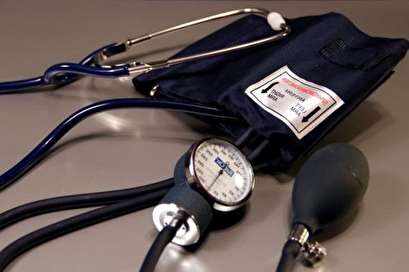 The good news: Perhaps because of better diets and use of antihypertensive medications, the percentage of kids with high blood pressure declined between 2001 and 2016, according to a research team from the U.S. Centers for Disease Control and Prevention.

The bad news: New hypertension guidelines issued by the American Academy of Pediatrics, or AAP, in 2017 lowered the threshold for a diagnosis of high blood pressure in those under 19 years of age, and that means 795,000 more children are now classified as having the condition than before.

But is that really bad news? One heart specialist thinks not.

"The new hypertension guidelines have reclassified those young patients who previously were considered to have 'normal' blood pressure to now fall under the category of high blood pressure," said Dr. Rachel Bond, who helps direct women's heart health at Lenox Hill Hospital in New York City.

The new guidelines are "a positive step towards screening and risk-stratifying younger patients, who are often neglected from the health system," she said.

Bond wasn't involved in the new report, but said that "by diagnosing these patients earlier in life, we can implement aggressive lifestyle modifications through diet and exercise with the hope of completely changing their future cardiovascular disease risk."

The new study was led by Sandra Jackson, a heart researcher at the CDC's National Center for Chronic Disease Prevention and Health Promotion.

Before the AAP changed the threshold for hypertension, kids aged 12 to 17 who either were already taking a high blood pressure medication, or who placed within the top 5 percent of pediatric blood pressure readings, were deemed to be hypertensive. For those aged 18 to 19, hypertension was defined as readings of 140/90 mmHg or above, and/or the current use of any antihypertensive drug.

In 2017, the AAP lowered those thresholds: Now, kids under 18 were deemed to have high blood pressure if they fell into the two categories from the prior guidelines or they had blood pressure readings of 130/80 mmHg or above. For those aged 18 to 19, the threshold for hypertension was lowered to 130/80 mmHg and/or any use of antihypertensive drugs.

So what effect did all this have on the overall number of U.S. kids deemed to have hypertension?

Looking at national health data from 2001 through 2016, the researchers found that, even using the new guidelines, the overall percentage of kids aged 12 to 19 who had hypertension fell from 7.7 percent to 4.2 percent. That was true even though the percentage of kids who were obese rose from about 18 percent in 2001 to nearly 22 percent in 2016. Obesity is a big risk factor for high blood pressure.

Jackson's team theorized that the percentage drop in high blood pressure cases "might be related to improved diet quality or improved [blood pressure] screening, and earlier lifestyle or pharmacological interventions." For example, many U.S. schools have recently worked to reduce salt and fatty foods from cafeteria menus, and the researchers said there's also been a rise in the use of antihypertensive medications in kids.

However, despite these improvements, and because of the changes in the AAP's definition of pediatric hypertension, there was a "net increase" of an estimated 795,000 kids aged 12 to 19 who met the new threshold for hypertension, the CDC team explained.

The study authors believe those numbers can be lowered through nationwide interventions, such as "sodium reduction in the food supply and promotion of physical activity."

"Screening and intervening on risk factors for heart disease earlier in life can make a big difference in trying to reduce future risk," he said.

"Although children don't usually suffer the consequences of high blood pressure in the pediatric years, if left untreated, high blood pressure, also known as the 'silent killer,' can result in multiple complications later on in life," Bond said.

The new findings were published in the July 13 issue of the CDC's Morbidity and Mortality Weekly Report.