Trump says he will run for reelection

TEHRAN, July 15 - U.S. President Donald Trump said he intends to run for re-election in 2020 because "everybody wants me to" and there are no Democratic candidates who could defeat him, the Mail on Sunday newspaper reported. 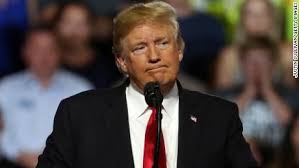 TEHRAN, Young Journalists Club (YJC) - Asked by British journalist Piers Morgan in an interview given on Friday whether he was going to run in 2020, Trump was quoted by the Mail on Sunday as saying: "Well I fully intend to. It seems like everybody wants me to."

Before leaving Britain for a summit in Finland with Russian President Vladimir Putin, Trump breached British royal protocol by publicly disclosing the details of a conversation he had with Queen Elizabeth about the complexities of Brexit.

When asked if he discussed Brexit with the monarch when they met for tea at Windsor Castle on Friday, Trump said: