TEHRAN, July 18 - Human Rights Watch has denounced the latest prison sentence given to a prominent journalist in Morocco on a "dubious charge" connected to a northern protest movement. 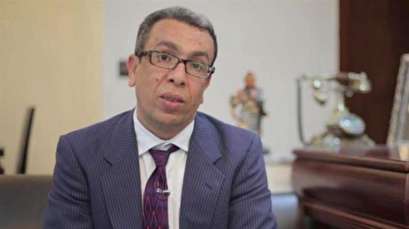 TEHRAN, Young Journalists Club (YJC) - Back in June, a Moroccan court found Hamid el-Mahdaoui guilty of failing to report “an attempt to undermine internal state security” to national police after he received a call from a man who said he planned to ignite armed strife in the country.

Human Rights Watch said the court had rejected Mahdaoui's defense that as a well-known journalist he often received calls from strangers and that he felt the caller's claims were "idle chatter."

Sarah Leah Whitson, the Middle East director at Human Rights Watch, said the charges against him "reek of an arbitrary use of the law on an outspoken journalist by authorities who have been radically reducing the space for critical reporting and commentary."

Known for censuring the Moroccan government on social media, Mahdaoui is already serving a one-year jail term for inciting protests.

He received the call during the thousands-strong Al-Hirak al-Shaabi (or Popular Movement) protests that hit the neglected Rif region in 2016 and 2017.

On June 26, the leaders of the protest movement were sentenced to up to 20 years in prison in connection with the social unrest in Rif.

Mahdaoui, who was tried alongside Hirak protesters, had a separate hearing on June 28.

Northern Morocco was rocked by months of protests after the death in October 2016 of a fishmonger who was crushed in a rubbish truck as he tried to retrieve swordfish confiscated by authorities.

Thousands of people took to the streets in Hoceima and later in other cities when they heard that Mouhcine Fikri was crushed to death inside a garbage truck. They demanded justice for the 31-year-old.

The protests quickly snowballed into a wider social movement led by Hirak.

The months-long demonstrations have been described as the largest in scale since a political uprising in Morocco in 2011. The protests that year forced King Mohamed VI to launch constitutional reforms and relinquish some of his near-absolute powers.