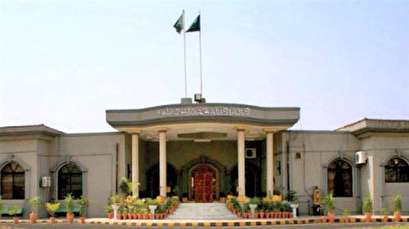 TEHRAN, Young Journalists Club (YJC) -Justice Shaukat Aziz Siddiqui of the Islamabad High Court on Wednesday publicly called on the military's top brass to rein in the country's powerful Inter-Services Intelligence (ISI) to protect both its reputation and that of the country.

He said the group was "involved in corrupt practices including providing aid in the commission of offences and receiving their share from crime money."

"I am constrained to observe that local police is in league with the mighty agencies who have disrupted the civic fiber of the country," Siddiqui said in a written order concerning a petition about the missing people. Siddiqui was commenting on a case involving a man who was allegedly abducted by security officials.

"From the mannerism, body language and complexion, he looks under immense fear and a lot of pressure of dire consequence, therefore his statement does not inspire confidence," the judge said.

Pakistan’s security establishment has been frequently accused of overseeing enforced disappearances to quell criticism from activists and media workers.

In recent years, a growing number of abductions have taken place brazenly in major cities such as Karachi, Lahore and even the capital Islamabad.

They have increasingly targeted activists and journalists critical of the state and the military's policies. The military routinely denies being involved.

Major Pakistani media outlets have complained of censorship, kidnappings and intimidation during the run-up to elections on July 25.

Critics say the disappearances have stirred unease among those critical of the government and Pakistan's powerful military.

In addition, critics allege anti-terrorism operations have resulted in the detention of thousands of Pakistanis by state security institutions, without their whereabouts being made available to family members.

​Pakistani security agencies have repeatedly denied they have forcibly sequestered, tortured and killed people in the name of counterterrorism.

Pakistan is one of the countries in the world that has a high rate of enforced disappearances.

Despite the fact that forced disappearances have been a pressing issue in Pakistan, the number of people who have been abducted and their whereabouts are still not known and widely disputed. In 2015, the Supreme Court of Pakistan issued an order demanding that authorities produce a report on the number of missing people in Pakistan.

While the Commission of Inquiry on Enforced Disappearances (CIED) said it had received 1,265 cases as of December 31, 2014, the Defense of Human Rights (DHR), a civil society organization working with the families of those missing, claims that the total number of cases of missing persons is 5,149 and 252 of them surfaced in 2014 alone.

A series of protests have been held in various parts of Pakistan by the families of a number of people disappeared over the past years. Reports say some of those disappeared have been handed over to the US, following the 9/11 attacks. Protesters now want the government to determine the fate of their loved ones.