Russia urges US to produce evidence for vote hacking claims

TEHRAN, July 18 - The United States should provide proof that Russia interfered in its 2016 presidential election, Russian Ambassador to the US Anatoly Antonov has said, days after a seemingly amicable summit between US President Donald Trump and his Russian counterpart Vladimir Putin. 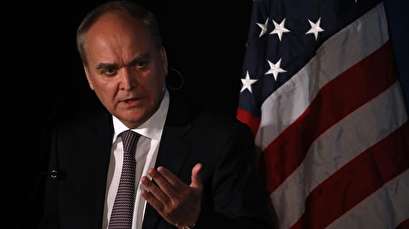 TEHRAN, Young Journalists Club (YJC) -"As for interference, to paraphrase a Chinese proverb, one cannot make a tiger of 100 mice. No matter how many accusations, the key demand is to furnish evidence," the Antonov told reporters on Wednesday.

The Monday meeting between Trump and Putin in the Finnish capital Helsinki was overshadowed by Russia’s alleged interference in the 2016 US presidential election, a conclusion made by all US intelligence agencies following Trump's surprising victory against his Democratic rival Hillary Clinton in November 2016.

Trump had been specifically asked to push for the extradition of 12 Russian military intelligence officers, who US officials claim orchestrated a series of hacking attacks that tipped the scale in Trump’s favor. The American head of state, however, refused to do that.

An indictment, issued on Friday, identified the defendants as officers serving with the Main Intelligence Directorate (GRU) of Russia’s General Staff.

Antonov drew an analogy between the US hacking accusations and the UK claim that Moscow was behind the recent poisoning of former Russian double agent, Sergei Skripal.

"The US wants to announce a verdict first and then have a conversation," he said. "Moreover, at first, our British counterparts used the phrase ‘highly likely’ concerning allegations against Russia, but now some just say that Russia did interfere in US domestic affairs. This is total nonsense," the envoy pointed out. "Russian President Vladimir Putin put it clearly at the joint press conference [with US President Donald Trump] in Helsinki," he added.

Doubling down on Moscow's response to the US claims, Putin said in his press briefing with Trump that Russia had never carried out hacking attacks against other governments.

Even Trump appeared to be disputing the US intelligence reports on the hacking, saying, "I do not see any reason why it would be" Russia behind the cyber attacks. He walked backed the statement on Tuesday and said he mean to say "wouldn't."

Russia has time and again denied the allegations on interfering in other countries’ democratic process, dismissing them as part of a “Russophobia” campaign run by the West.

Trump and the key members of his team have been under investigation for allegedly "colluding" with Moscow during the campaign.