TEHRAN, July 19 - Iran’s Foreign Ministry has presented a report to the Parliament (Majlis) to brief the lawmakers on the implementation process of the 2015 nuclear deal following Washington’s withdrawal. 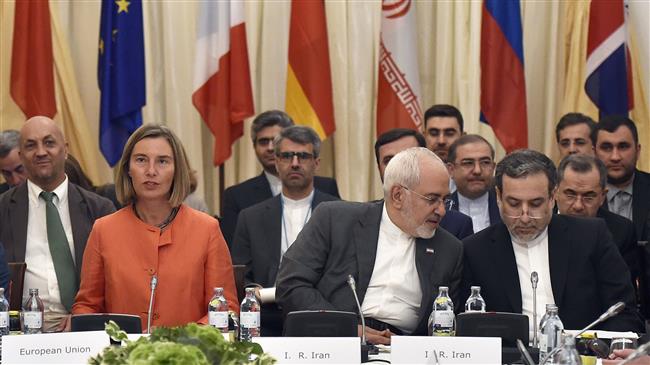 According to Qassemi, the report said that during the past three months, “all the developments have been influenced by the US administration’s illegal and unilateral move to withdraw from the JCPOA in May.”

The report pointed to the intensification of the US’s “aggressive” approach towards Iran under President Donald Trump as well as Washington’s repeated “violations of its commitments under the JCPOA,” said Qassemi.

The report also covered “measures adopted by the Foreign Ministry to pursue the rightful demands of the Islamic Republic by taking advantage of the existing capacities,” he said.

The report, said Qassemi, underlines that during the past three months, “all nuclear activities of the country, particularly in the field of research and development, have continued under the plan devised by the Atomic Energy Organization of Iran.”

Trump announced on May 8 that Washington was walking away from the nuclear agreement signed between Iran and the P5+1 group of countries in 2015.

The US president also said that he planned to reinstate US nuclear sanctions on Iran and impose “the highest level” of economic bans on the Islamic Republic.

Since the JCPOA Implementation Day in January 2016, the International Atomic Energy Agency (IAEA) has been monitoring Iran’s compliance with its nuclear-related commitments under the nuclear deal and has consistently verified the Islamic Republic’s compliance.

IAEA Director General Yukiya Amano in June reaffirmed the UN nuclear agency‘s access to all the required nuclear sites in Iran, calling on Tehran to ensure “timely and proactive cooperation” with inspections under the deal.

Since the US president pulled Washington out of the nuclear deal, European countries have been scrambling to ensure that Iran gets enough economic benefits to persuade it to stay in the deal. The remaining parties have vowed to stay in the accord.

In a Twitter post on Saturday on the occasion of the third anniversary of the conclusion of the JCPOA, Zarif also said that the historic nuclear agreement was still a “triumph of multilateral diplomacy” even after the US’s pullout.