TEHRAN, July 19 - The European Union on Thursday urged EU member countries and businesses to "step up preparations" for Britain's exit next year from the bloc, underlining fears the negotiations could fail and cause even greater disruption. 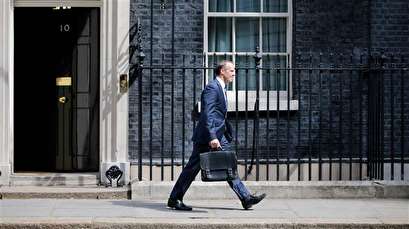 The European Commission, the EU's executive arm, urged "member states and private parties to step up preparations... for all outcomes" by the March 30 withdrawal deadline.

It said "there is still no certainty that there will be a ratified withdrawal agreement in place on that date," even though the EU is working around the clock for a deal.

"The UK's withdrawal will undoubtedly cause disruption - for example in business supply chains - whether or not there is a deal," the commission added.

It highlighted checks at a new border, the validity of licenses, certificates and authorizations issued by Britain as well as data transfers.

Britons voted to leave the 28-nation bloc in June 2016, but negotiations were only launched a year later and have bogged down frequently since then.

Stumbling blocks include the future of the border between EU member Ireland and the British province of Northern Ireland against a backdrop of discord in London.

The pair rejected May's Brexit blueprint, which would keep Britain economically close to the EU.

May is battling to unite her Conservative Party around her blueprint, formally unveiled last week following months of cabinet infighting.

It would see Britain ask the European Union for a free trade area for goods through a "facilitated customs arrangement" alongside a "common rulebook".

Brexiteers believe that keeps Britain too close to the EU, while pro-Europeans think it fails to protect the country's dominant services sector, among other gripes.

The backlash has seen the prime minister face persistent rumors Tory MPs are planning to topple her.

Barnier has warned that it will be difficult to reach a conclusion in the negotiations by the October target, which would give parliaments on both sides time to endorse the deal.

The EU aims to give Britain a transition period until the end of 2020 to give businesses and others time to adjust to a post-Brexit future.

The 16-page commission document warns "there will be no transition period and EU law will cease to apply to and in the United Kingdom on March 30" in the event of no deal.

It also warned of possible disruption to transport, including aviation, as well as to the flow of goods as a result of customs checks.

On Wednesday, the Irish government said it had stepped up preparations for Britain's departure, including what it called the "unlikely case of a 'no deal' Brexit."

These include Ireland's plans for at least 902 new customs and veterinary inspectors at ports and airports to tackle changes in the trading relationship with Britain.

Barnier is due to brief the 27 European affairs ministers on Friday about the latest in the Brexit negotiations.