TEHRAN, July 21 - Muslims in Canada are shocked and outraged by a horrific assault on an Arab near Toronto, which has left him in intensive care in hospital amid an uptick in Islamophobia and anti-Muslim hate crimes. 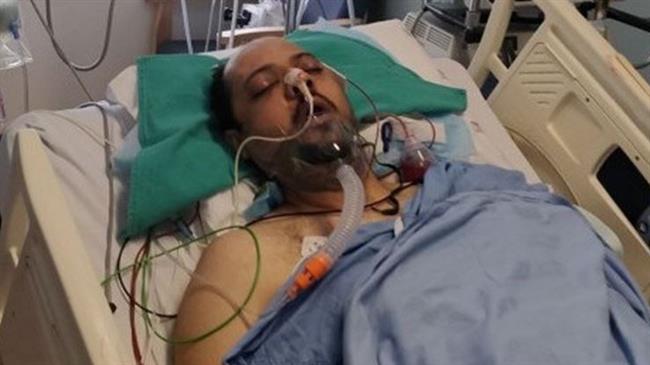 TEHRAN, Young Journalists Club (YJC) - Muhammed Abu Marzouk, 39, was beaten up badly by two brothers on Sunday in Mississauga, a city near Toronto.

Police initially said the incident was sparked by road rage; however, further investigations revealed it was a “hate-motivated incident.”

Abu Marzouk, who was with his wife and two daughters, was just heading home after a summer evening picnic.

He was backing out of a parking spot near a community center when he nearly hit a passing car.

Abu Marzouk got out of his car to assess the situation when he was confronted by two brothers, Adem and Janis Corhamzic, aged 27 and 19, from Brampton.

Although there was no accident, the brothers apparently started an argument with Abu Marzouk and then began shouting at him.

Abu Marzouk was seriously injured by the men and remains in intensive care at a hospital in Toronto where he underwent emergency surgery after suffering a large blood clot and hemorrhage in his brain, as well as multiple fractures.

His wife and one friend also sustained minor injuries.

Muslim advocacy groups in Canada have expressed shock and anger at the incident and are calling for action to stem a rising tide of hate crime.

The National Council of Canadian Muslims said in a statement on Wednesday that it condemns "in the strongest possible terms the brutal assault," and called on authorities to prosecute those responsible "to the fullest extent of the law in order to send a strong message against hate and intolerance."

Mississauga Mayor Bonnie Crombie called the incident “senseless and horrendous” and said she is pleased police are investigating it as a hate crime.

“My thoughts are with the family and the victim,” she tweeted. “Those responsible must feel the full weight of the justice system.”

“The Region of Peel is one of the most diverse and inclusive communities in Canada, and hateful behavior will not be tolerated,” said Jennifer Evans, chief of the Peel Regional Police service.

The incident came amid an upsurge in anti-Muslim hate crimes that was reported to local authorities in the Peel region over the past year.

The region, which encompasses the cities of Mississauga and Brampton, as well as the town of Caledon, is home to nearly 1.4 million people. Located north and west of Toronto, it is one of the most ethnically diverse places in Canada.

Muslims were the religious group most often targeted by hate crimes in the Peel region in 2017, according to the latest police report, released in April.

In March, police said they were investigating hate crimes at three mosques in Mississauga, after a woman ripped up pages of a holy Quran, the book of Islam.

Analysts believe the rise in the number of reports may be attributed to two factors: The community is more aware of how important it is to report hate crimes, and a “recent increase in groups espousing 'far-right' ideologies may be triggering more overt crimes of hate”.