163 sick across 10 states in outbreak linked to McDonald's salads 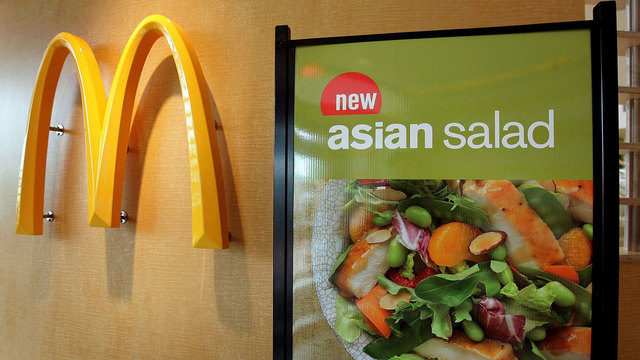 Cyclospora causes diarrhea in most infected people. The FDA said there have been three hospitalizations in the outbreak and no deaths.

The FDA, CDC and local partners are investigating the outbreak, which has affected approximately 3,000 McDonald's U.S. restaurants, primarily in the Midwest.

The CDC has confirmed 163 cases of Cycloporiasis, the illness caused from Cyclospora, in Florida, Iowa, Illinois, Kentucky, Minnesota, Missouri, Nebraska, Ohio, South Dakota, and Wisconsin. The FDA noted the patient from Florida purchased a salad while traveling in Kentucky.

McDonald's said in a statement Friday that it already voluntarily removed lettuce blends from the additional states identified Friday replaced them with vegetables from a different supplier.

"The health and safety of our customers and the people who work in McDonald's restaurants is always our top priority," the McDonald's statement said. "McDonald's is committed to the highest standards of food safety and quality and we continue to cooperate and support regulatory and public health officials in their investigations."

The multi-state outbreak has been linked to recalled Del Monte 6-ounce and 12-ounce vegetable trays that were potentially contaminated with the microscopic parasite.