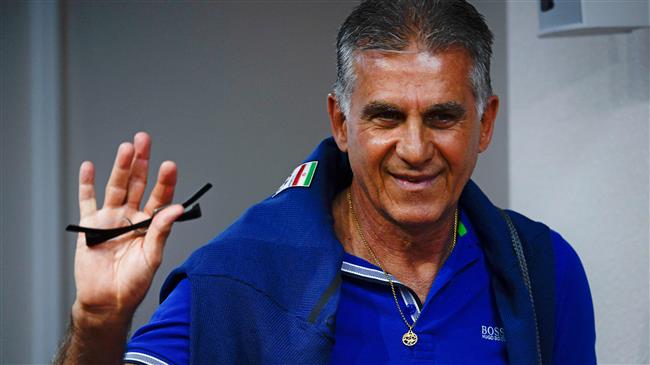 TEHRAN, Young Journalists Club (YJC) - According to a report published by the Arabic-language Zamalek Today sports news website, the 65-year-old has stated that he greatly respects the Pharaohs, yet has no plan to take charge of any African team at the moment.

With Queiroz’s decision to rejected EFA’s offer, Bosnian coach Vahid Halilhodžić has the highest level of chance to be appointed as the Pharaohs’s manager.

The Egypt national football team finished bottom of Group A, having sustained three losses to Uruguay, Russia and Saudi Arabia.

The North African squad was the first to be eliminated from the quadrennial tournament.

Queiroz has yet to agree to extend his contract with the Football Federation of the Islamic Republic of Iran (FFIRI).

There are, however, reports that he will stay with Team Melli till the end of the 2019 Asian Football Confederation (AFC) Asian Cup, which will be held in the United Arab Emirates from January 5 to February 1 next year.