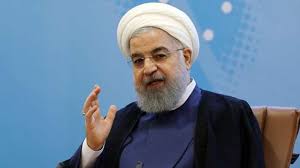 TEHRAN, Young Journalists Club (YJC) - “We are after good relations with the World,” he said.

“Iran has been the land of science, trade and global science and today there is an opportunity to expand our relations with our neighbors more than ever.”

He also said in case a neighbor such as Saudi Arabia stops being stubborn and expresses willingness to improve ties, in such a case disputes should be settled and friendship should be established. It is the same way as to the UAE and Bahrain.”

“We are after repairing ties with these countries in new era.”

He also said Iran regards Russia not as an eastern power or a major power but as a neighbor.

“Iran believes good neighborly and expanding ties between Tehran and Moscow will benefit the two sides.”