At least nine people were shot outside a Toronto restaurant Sunday night and the shooter is dead, police said. 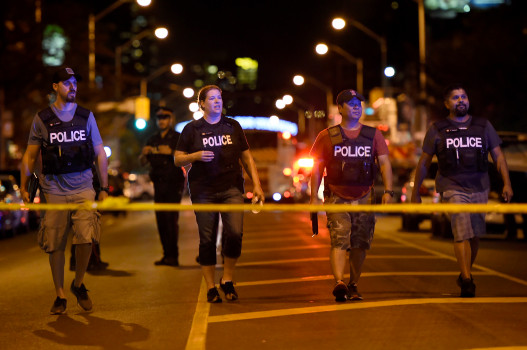 TEHRAN, Young Journalists Club (YJC) - The condition on the nine victims was not immediately released Sunday night, but Toronto police did disclose that a young girl was among those who were shot. All victims have been taken to nearby hospitals for treatment, CTV reported.

The shooting occurred at around 10 pm EST outside the Christina's On the Danforth restaurant in the popular Greektown neighborhood of Toronto. Several people reportedly witnessed the shooting.

"My evening was nice until I heard shooting right out of my place on the Danforth," one witness wrote on Twitter. "So scary!! The gun violence in Toronto is crazy."

Share to
Related News
Transcript: Parkland shooter said 'demon' drove him to 'evil'
At least 40 shot and four killed in a night of Chicago gun violence
Tags
US ، Torento ، Canada ، shooting
Your Comment