TEHRAN, July 23 -NASA astronaut Sally Ride, the first U.S. woman in space, died six years ago Monday after a life spent inspiring young women and girls to reach for the stars through careers in Science, Technology, Engineering and Mathematics. 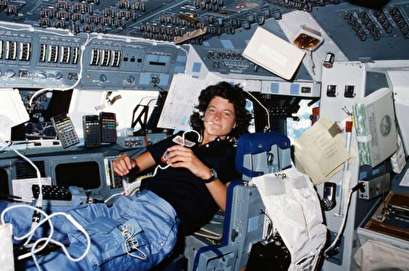 She and five other women were selected for the 1978 astronaut class known informally as the "35 new guys," and Ride would go on to inspire generations of female astronauts by being the first American woman -- and just the third woman overall -- to fly into space at the age of 32 on June 18, 1983.

First, but not first

Although the United States famously beat Russia to the moon, Moscow got the better of NASA on two other noteworthy occasions -- sending the first human into space, as well as the first woman. Cosmonaut Valentina Tereshkova ventured into low Earth orbit on June 16, 1963, almost exactly 20 years before Ride's flight.

Tereshkova's achievement came during a period of readjustment in the role of women in the Soviet Union in the decades after World War II, which saw many men -- both military personnel and civilians -- killed in the conflict.

"After the war, in order to return to a normal social footing, women who had taken on traditionally male roles in civilian society were encouraged or forced to move out of those positions and into more traditional female working roles," Cathleen Lewis, curator of of International Space Programs and Spacesuits at the Smithsonian Institution's National Air and Space Museum, told UPI. "Women in post-World War II Russia suffered from this triple burden of being forced out of prestigious jobs, encouraged to continue to work and also bear and raise children."

Tereshkova and three other women were chosen to train at the Soviet Space Center at Star City, where they were subjected to the same centrifuge rides and zero-G flights as their male counterparts. They were also also commissioned as junior lieutenants in the Soviet Air Force and given fight instruction.

By the time she and Tatyana Torchillova were chosen to train for the Vostok 6 flight, the one that put her into space, Tereshkova had already become a symbol for the ideal Soviet woman.

She was born in the village of Masslenikovo, where her parents worked on a collective farm until her father was killed in World War II. She worked in a textile mill at 18 and later joined a club for parachutists, making over 150 jumps.

Tereshkova's flight was meant to demonstrate the simplicity and the promise of new space technology, adding government pressure to succeed.

Lewis added the Soviet government took steps to prevent details of mishaps on Tereshkova's flight from becoming public, which led to rumors and speculation over the years that diminished the overall impact of her historic flight.

"There were many things that went not according to plan in the mission and those things were covered up," she said. "There was nothing catastrophic, nothing precisely for which she could be blamed, but enough that it just didn't leave the same sentiment of heroic accomplishment of male cosmonauts."

Yuri Gagarin, for example, had become the first human in space in 1961. His celebrity was substantially larger than Tereshkova's -- largely because her accomplishment occurred in a far different gender climate.

Tereshkova was subjected to sexist media coverage in the Soviet Union and abroad. After she completed her historic flight, one UPI report joked about Tereshkova having an affair with fellow cosmonaut Valery F. Bykovsky during their joint mission, while one U.S. space official spoke of "an allowance of 125 pounds for recreation equipment" on the Apollo moon missions, when asked about the possibility of a female astronaut in the United States.

After Tereshkova's flight it would be another 20 years before Russia sent another woman, Svetlana Savitskaya, into space to precede Ride's space flight.