TEHRAN, July 24 - Amid the financial and humanitarian crisis in Venezuela, the country is expected to see hyperinflation reach epic proportions: a million percent a year by the end of 2018, the International Monetary Fund said Monday. 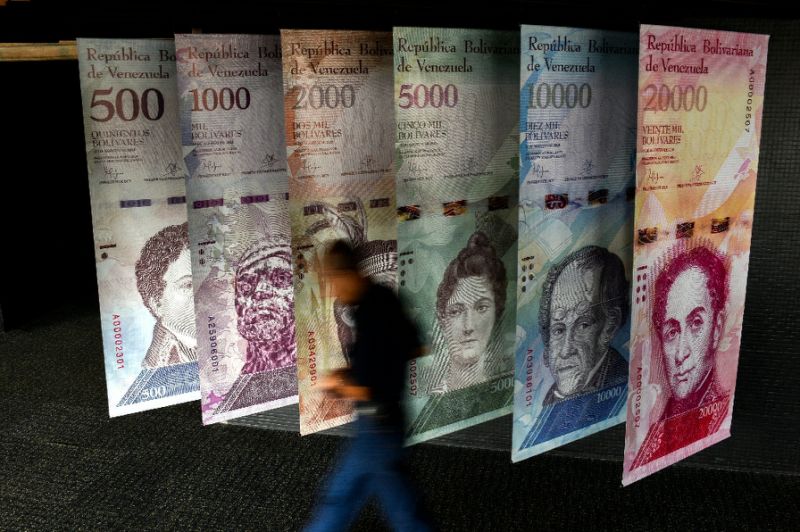 TEHRAN, Young Journalists Club (YJC) - And the nation's economic collapse will increasingly spill over into neighboring countries, the IMF said in its updated regional outlook for Latin America.

"We are projecting a surge in inflation to 1,000,000 percent by end-2018 to signal that the situation in Venezuela is similar to that in Germany in 1923 or Zimbabwe in the late 2000s," said Alejandro Werner, head of the IMF's Western Hemisphere Department.

However, that estimate "has a much higher degree of uncertainty" than most inflation forecasts, he told reporters. Still, whether the rate ends up at 1.2 million or 800,000 percent "the destruction of prices as the mechanism for allocating resources has already happened."

Venezuela's economy is expected to contract by 18 percent this year, the third consecutive year of double-digit declines and three points worse than projected in May, amid falling oil production, he said in a statement.

That would mean the country that is seeing waves of citizens fleeing the crisis, while those left suffer increasingly from illness, lack of medicines and weight loss from lack of food, will have contracted by 50 percent in the last few years, one of the few times that has happened in the last half century or more.

He pointed to economic "distortions" in Venezuela's policies, including printing money to finance the government.

"We expect the government to continue to run wide fiscal deficits financed entirely by an expansion in base money, which will continue to fuel an acceleration of inflation as money demand continues to collapse," he said in the statement.

OPEC data show Venezuelan oil production crashed to a new 30-year low of 1.5 million barrels a day in June even though the country has the world's largest reserves of crude.

The South American nation earns 96 percent of its revenue through oil sales but under the government of populist President Nicolas Maduro a lack of foreign exchange has sparked economic paralysis that has left the country suffering serious shortages.

Venezuela's collapse is dragging down growth in Latin America and the Caribbean to 1.6 percent this year, four-tenths lower than the May forecast.

Excluding Venezuela, however, the region "continues to recover" amid a pickup in consumption, with growth of 2.3 percent this year and 2.8 percent in 2019.

Argentina, which just signed a loan agreement with the IMF, is expected to see its economic growth slow to 0.4 percent this year, rather than the two percent forecast in May.

But the country should see "a gradual recovery in 2019 and 2020 that will be supported by restored confidence under the Fund-supported stabilization program," Werner said.