UN Palestinian agency to cut 250 jobs over US policy

TEHRAN, July 25 - The United Nations agency for Palestinian refugees announced Wednesday it was cutting more than 250 jobs in the Palestinian territories after the United States held back hundreds of millions in aid. 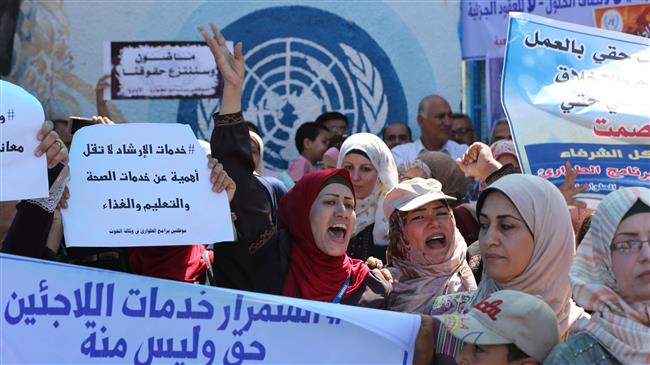 TEHRAN, Young Journalists Club (YJC) - In total, 154 employees in the occupied West Bank and 113 in the Gaza Strip will be let go, UNRWA spokesman Chris Gunness said in a statement.

More than 500 other full-time staff will be offered part-time contracts, the statement added.

The job cuts were the first since the US announced it would only provide the agency with $60 million this year, down from $360 the previous year.

Gunness's statement said the cut represented an "existential threat" to UNRWA, which had been trying to raise the money from other donors.

The agency, which provides services to more than three million Palestinian refugees across the Middle East, was seeking to "protect core services, including education, health and relief", he said.

Protests against the cuts were being held in Gaza on Wednesday.

In January, US President Donald Trump linked the cutting of Palestinian aid to the decision by president Mahmud Abbas to refuse to talk with his administration.

The Palestinian leadership froze ties with the White House after it recognized the disputed city of Jerusalem al-Quds as Israel's capital and accuses Trump's administration of blatant bias in favor of Israel.