TEHRAN, July 29 -Sexual abuse by Catholic priests in the US and other countries has largely been perpetrated by homosexual Christian clergy and has been going on for centuries, a Protestant preacher and former US Senate candidate says. 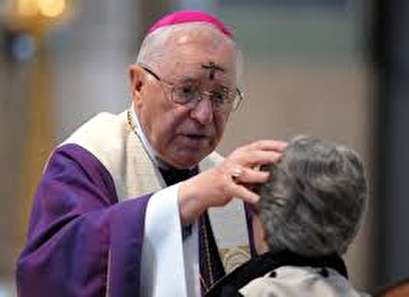 TEHRAN, Young Journalists Club (YJC) -Sexual abuse by Catholic priests in the US and other countries has largely been perpetrated by homosexual Christian clergy and has been going on for centuries, a Protestant preacher and former US Senate candidate says.

“These particular tragedies, these particular scandals are largely being fomented upon the church by homosexual clergy, but not exclusively,” said Mark Dankof, who is also a broadcaster and Lutheran Protestant pastor in San Antonio, Texas.

“There has been obviously a massive, massive cover-up of this tragic situation, which has gone on not simply for several decades, but has gone on for centuries,” Dankof told Press TV on Saturday.

Pope Francis on Saturday accepted the resignation of Cardinal Theodore McCarrick, one of the US Catholic Church’s most prominent figures, who has been at the center of a widening sexual abuse scandal.

McCarrick, 88, the former archbishop of Washington, DC, is the first cardinal in living memory to lose his red hat and title. Other cardinals who have been disciplined in sexual abuse scandals kept their membership in the College of Cardinals and their honorific “your eminence.”

Since then, another minor has come forward with allegations that McCarrick abused him when he was 11 years old, and several men have come forward to allege that McCarrick forced them to sleep with him at a beach house in New Jersey when they were adult seminarians studying for the priesthood.

The allegations against McCarrick, which first surfaced publicly last month, came with Francis facing an image crisis on a second front, in Chile, where a growing abuse scandal has enveloped the Church.

A significant number of sexual abuse cases have also been reported in Australia, New Zealand, Canada, and countries in Europe and Latin America.

Approximately 7,000 US Roman Catholic priests were accused of sexual abuse, with the number of young victims put at 16,900 between 1950 and 2011, according to data from the US Conference of Catholic Bishops.

Similar patterns of abuse have since emerged at dioceses around the globe, undermining the church's moral authority and depleting its finances as it paid out billions of dollars in settlements.

Some theologians have argued that the church's policy on celibacy fosters sexual dysfunction and abusive behavior among priests.