TEHRAN, July 29 -Crude oil prices ahead of the start of U.S. trading on Friday were unmoved by strong GDP figures as market watchers wait for the next shoe to drop. 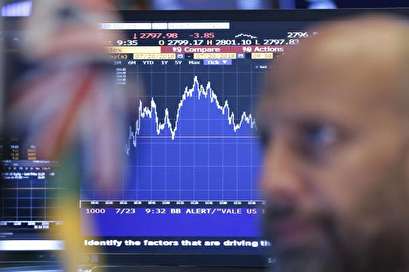 TEHRAN, Young Journalists Club (YJC) -Crude oil prices ahead of the start of U.S. trading on Friday were unmoved by strong GDP figures as market watchers wait for the next shoe to drop.

Strong GDP figures would normally create a tailwind for the price of crude oil, though Matthew Smith, the director of commodity research at ClipperData, told UPI the devil is in the details of the report.

"The market is flat-footed, kept in check by trade war worries, while anxiously eyeing potential geopolitical developments," he said.

Broader markets could move on GDP figures should U.S. President Donald Trump talk up the numbers.

Crude oil prices could be moving as second quarter earnings reports roll out. Ahead of the bell, U.S. supermajor Exxon Mobil reported a loss after spending heavily for the first half of the year.

Weatherford International, one of the largest oilfield services companies in the world, stumbled, with its director calling for all hands on deck.

"Seasonal trends worked against us this quarter, causing us to miss our working capital objectives and, in turn, our cash flow target," President and CEO Mark McCollum said in a statement. "With a clear mission, the right structure, and a solid strategy, our team is embracing this challenge head-on."

Elsewhere, Chevron reported earnings of $3.4 billion in the second quarter, more than double that from the same period last year. Gains were supported by a 1.8 percent increase in production from second quarter 2017 and an even higher increase in the price of crude oil.