TEHRAN, July 29 - Polls have closed in Cambodia's general election, amid criticism from some that the vote was neither free nor fair in the absence of any significant challenger to strongman Prime Minister Hun Sen. 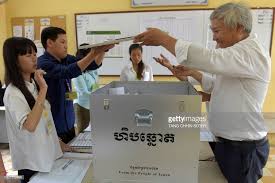 TEHRAN, Young Journalists Club (YJC) - The election is the country's sixth since 1993 when it emerged from decades of war.

Officials at a polling station in Phnom Penh declared voting over at 3 p.m. local time (0800 GMT).

Preliminary results are expected around 6 p.m. local time. Official results will not be available until mid-August.