US Africa Command confirms deployment of armed drones in Niger

TEHRAN, July 30 -The Africa Command of the US military (AFRICOM) says US forces started deploying armed drones in the West African country of Niger earlier this year to launch attacks against purported militant hideouts. 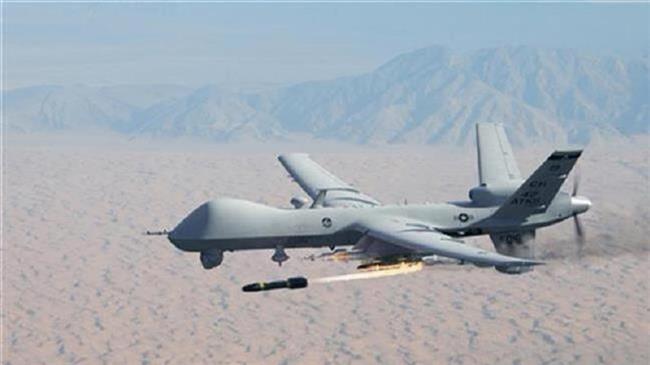 TEHRAN, Young Journalists Club (YJC) - "In coordination with the Government of Niger, US Africa Command has armed intelligence, surveillance, and reconnaissance (ISR) aircraft already in Niger," media outlets quoted  a spokesperson for AFRICOM as saying on Monday.

"As a matter of operational security, we do not discuss where strike platforms originate from, nor current or future operations,” it added.

Media reports indicate that the drones are currently being flown out of a base in the capital Niamey while the military completes construction of a $100 million drone base in the central city of Agadez.

Last November, Niger's government granted American forces permission to arm their drones. Before that, US drones had only been used for surveillance.

An ambush by a local affiliate to the Daesh Takfiri terrorist group in western Niger last October killed four US troops. Militant groups based in neighboring Mali have also struck military and civilian targets as far afield as Ivory Coast.

In recent years, the US military presence in Niger has expanded to an 800-strong force that accompanies Nigerien troops on intelligence gathering and other missions.

Also in November last year, the Pentagon revealed that the US had some 500 troops on the ground in Somalia.

The US military says the drones are a cost-efficient way to counter the militants.

Critics, however, say drone strikes will cause civilian casualties and trigger blowback from the local population.

The US has currently thousands of Special Operations troops deployed to 92 countries, in an alleged bid to fight against violent extremists.

The US also carries out controversial drone attacks in several countries, claiming to be targeting al-Qaeda, Daesh and Boko Haram elements. However, local sources say civilians have been the main victims of the attacks.