Contradiction in Washington: Trump, Pompeo at odds over Iran preconditions

TEHRAN, July 31 - US President Donald Trump says he is ready to meet his Iranian counterpart, Hassan Rouhani, “any time they want to.” 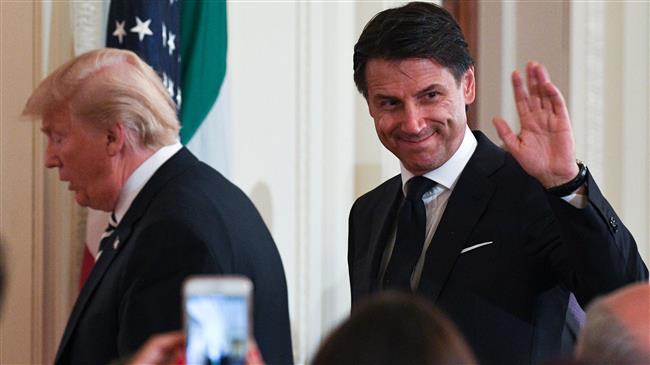 TEHRAN, Young Journalists Club (YJC) - Speaking at a joint press conference alongside Italian Prime Minister Giuseppe Conte on Monday, Trump asserted that he would “certainly meet” with Iranians with “no preconditions.”

US Secretary of State Mike Pompeo appeared on CNBC hours later to set some conditions.

"We've said this before," said the former CIA chief. “If the Iranians demonstrate a commitment to make fundamental changes in how they treat their own people, reduce their malign behavior, can agree that it's worthwhile to enter into a nuclear agreement that actually prevents proliferation, then the president said he's prepared to sit down and have the conversation with them.”

Back in May, Pompeo had set 12 conditions for talks with Iran, which were dismissed by Tehran.

Trump’s latest stance towards Tehran runs counter to his recent threats against the nation as well as pulling Washington out of the Iran nuclear deal despite having the support of almost all US allies.

“I do believe that they will probably end up wanting to meet,” he claimed. “And I’m ready to meet any time they want to. And I don’t do that from strength or from weakness. I think it’s an appropriate thing to do.”

President Rouhani has not yet responded to Trump's latest comments but his adviser said on Twitter that the US should return to the nuclear deal.

"Respecting the Iranian nation's rights, reducing hostilities and returning to the nuclear deal are steps that can be taken to pave the bumpy road of talks between Iran and America," said Hamid Aboutalebi‏ (pictured above).

Iranian Foreign Ministry spokesman Bahram Qassemi suggested earlier in the day that engaging in negotiations with the "current America" is next to impossible.

He further asserted that a military confrontation between Iran and the United States is out of the question, yet the Islamic Republic is ready for such scenario.

Known for his anti-Iran sentiments from the campaign days, Trump ultimately pulled the US out of the Iran nuclear deal, known as the Joint Comprehensive Plan of Action, in May.